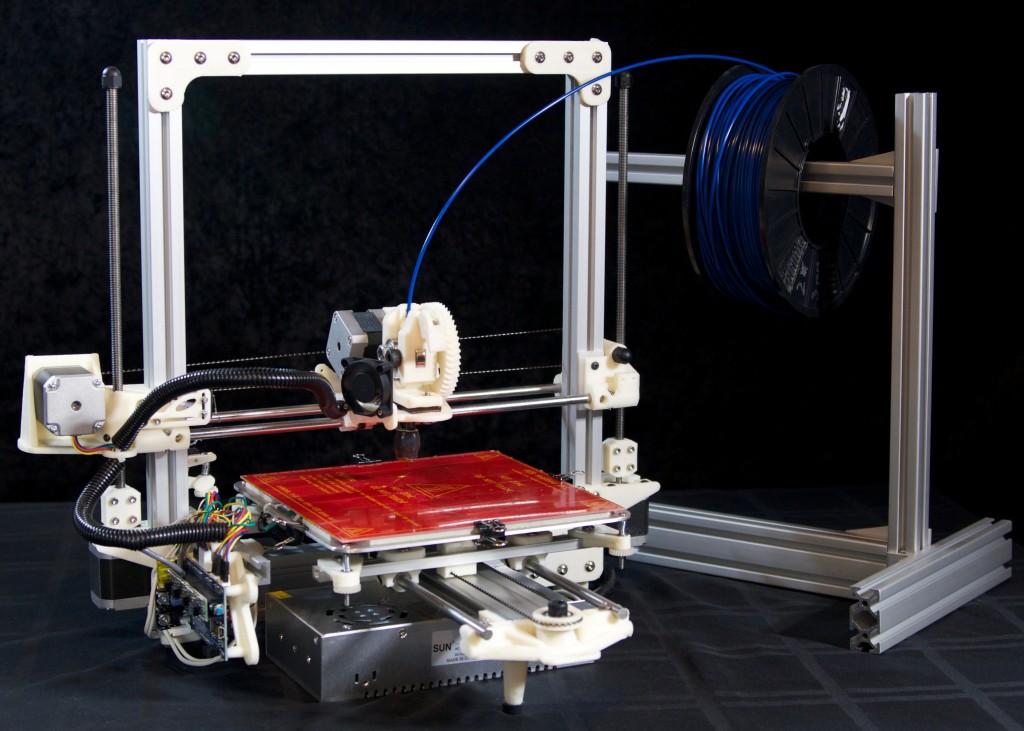 3D printing has been widely hailed as the next great leap in the technology of manufacturing. In theory, the ability to print 3-dimensional objects upon command using a piece of equipment roughly the size of a microwave could completely alter the way in which the world works.

While that idea might call to mind Star Trek’s replicator, in reality, 3D printing is still in its infancy. At the moment, 3D printers are extremely limited in their ability to work with hardened materials and metals, which limits the utility of the printed objects. But as with microchips and mobile telephony, the technology is advancing at an extremely rapid pace: prices are dropping, designs are proliferating and the materials that such printers can work with are diversifying. What was an interesting technology demonstration five years ago might be a critical part of the world economy in ten – meaning that the legal and ethical structures around such technology need to be developed starting now, before the technology is too widely proliferated to manage.

One of the most critical emerging issues with the 3D printing revolution is 3D printed firearms and firearm components. Two years ago, the idea of a 3D printed gun was a theoretical construct. Today, it is possible, using commercially available technology, to print a functional magazine for an AR-15 assault rifle, a lower receiver for the same weapon, an entire single-shot .380 calibre pistol, or a .22 calibre rifle.

To be clear, none of these weapons is likely to be put Smith and Wesson out of business anytime soon. They all suffer from extremely low durability, low power and accuracy, low reliability and – thanks to their all-plastic construction – a significant level of danger to the operator. Especially in countries where guns are relatively freely available, all of these design shortcomings will have to be addressed before such weapons are seen as anything other than a curiosity. But even so, the rapid pace of advancements so far shows that such problems can – and probably will – be overcome sooner rather than later.

Military futurists have already begun to think about the possible uses of 3D printing on the battlefield. Units carrying 3D printers and a supply of generic materials could vastly simplify logistics by constructing their own spare parts on the fly – or even potentially manufacture customised weapons in the middle of a battle. Such a future may be decades off, but the impact of widely available 3D printers on armed violence outside of conventional war could come more quickly and be far more devastating.

Effectively, 3D printing as it is likely to evolve within the next few decades has the potential to completely upend existing security arrangements inside and out of conflict zones. Unlike commercially manufactured firearms, 3D printed weapons could be made untraceably, without serial numbers, factory stamps or any other identifying information which can be used to track their manufacture, trade or ownership.  They can also be made in contravention of existing firearm control statutes – magazine capacity limits, limitations on automatic or semi-automatic actions, and calibre restrictions would all be moot in the face of the ability for anyone with access to a 3D printer to download a CAD file from the Internet and print a weapon which did not conform.

Another potential issue is that even with inferior performance characteristics, 3D printed firearms might actually be preferable to traditional guns for certain applications. As the Daily Mail recently demonstrated, plastic guns can be smuggled into areas protected by metal detectors, which might be of use to assassins and terrorists. And the fact that such weapons do not have serial numbers or other identifying information could obviate the traditional need for disposal: provided that the killer had not left fingerprints on the weapon, simply dropping it at the scene would leave no usable trace for the police to follow.

Part of the problem is that the knowledge of gunsmithing is already extremely widely distributed. Traditionally, the availability of powerful weapons has been limited not by knowledge, but by access to the tools which turn raw materials into complex machinery. Deadly small arms are not especially high technology, but the industrial machines which build them are expensive, complex and relatively rare. That rarity means that the production of such weapons can be monitored and controlled, at least to a degree.

A widely-available 3D printer costing a few hundred dollars (only slightly less than today’s market prices) and capable of casting complex shapes in metal or ultra-hardened plastic would eliminate that ability to monitor and control the production of arms. Fundamentally, 3D printing converts a finished goods control problem into a data control problem – and as the recent history of the Internet demonstrates, data control is an extremely complex issue. But complexity is not impossibility: for example, with a combination of legal action and collaborative agreements between government, industry and internet users, child pornography has been effectively banished from the licit Internet.  There is every reason to believe that a similar initiative aimed at weapons design files could be comparably successful.

But raising the bar for access by itself is not enough. Given their potential capacity to build deadly weapons, 3D printers should be constructed in such a way that their products can be traced in the event that one is used in a crime. There are a few potential ways to achieve this goal. 3D printers could mandatorily carry a record of every output they create – perhaps encrypted and accessible only to warrant-bearing law enforcement officers. Or all 3D printers could be required to imprint their products with a unique serial number allowing the product to be traced back to the creator. Such systems could potentially be hacked or defeated, of course, but they would significantly raise the barrier to entry to untraceable weapons.

It is unlikely that the 3D printing of weapons can be completely stopped or controlled. But with robust action, the potential problem can be contained and controlled rather than allowed to run rampant.

Too many times in history, the world has been forced to put the genie back in the bottle by developing a legal and ethical framework to cope with a new weapon after it had already been used to devastating effect. With 3D printed weapons, we have a rare window of opportunity to develop a framework to manage the harms of an otherwise incredibly promising technology while it is still in its infancy. But that window is closing fast.