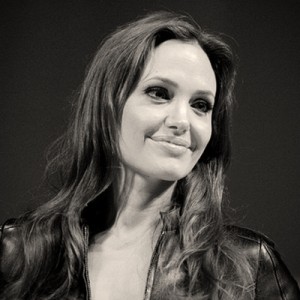 Angelina Jolie is an American actress, screenwriter and humanitarian. Jolie has visited numerous conflict zones across the world including Darfur, Chad and Iraq. She recently visited the Democratic Republic Congo with UK Foreign Secretary William Hague as part of efforts to end rape in conflict. Jolie was named a UNHCR Goodwill Ambassador in 2001 and was promoted to a Special Envoy of the High Commissioner in 2012. Jolie has received numerous awards for her work including the Freedom Award by the International Rescue Committee and was the first recipient of the Citizen of the World Award by the United Nations Correspondence Association.