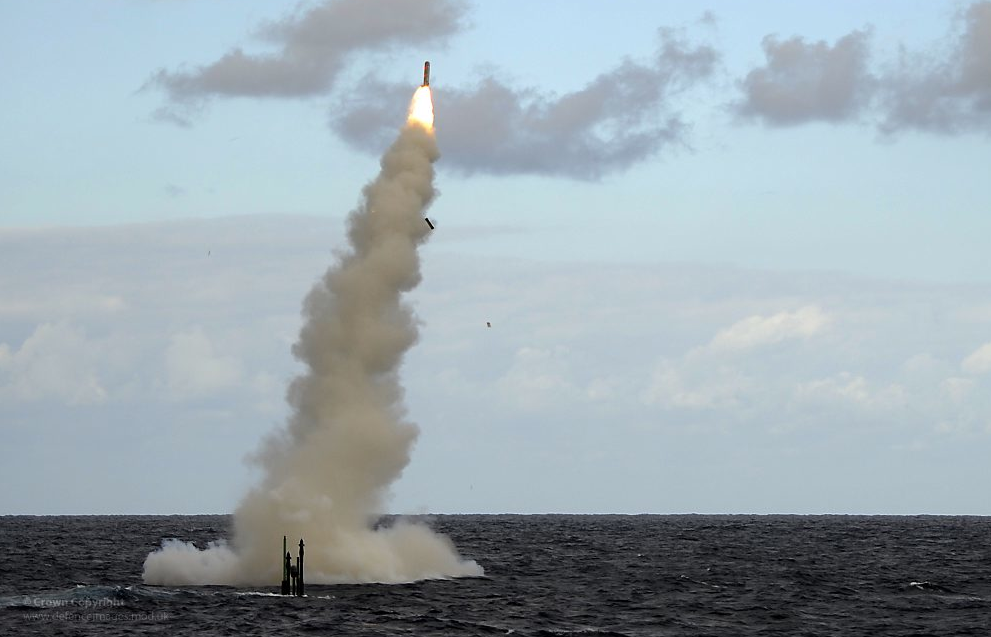 A Tomahawk Cruise Missiles being fired from a Royal Navy Attack submarine – soon they may be heading for Syria.

As the UK and US governments push forward plans to launch missile strikes in Syria, Action on Armed Violence calls on the British government to refrain from using explosive weapons in or near populated areas.

In the wake of recent chemical weapons attacks in Damascus that are reported to have killed hundreds of civilians, world leaders are now considering unilateral military action targeting Syrian government military assets. It is not known yet what these targets would consist of, or what role the UK would play in any attack. However, the use of explosive weapons by any new actor raises huge concerns for civilian safety in Syria.

Explosive weapons cause death and injury by projecting blast and fragmentation across an area. This area-effect means they consistently cause high numbers of civilian casualties when used in populated areas. In Syria, AOAV found that 91% of explosive violence casualties last year were civilians.

Prime Minister David Cameron is reported to be pressing US forces to lead military action involving the launch of Tomahawk cruise missiles from ships stationed in the Mediterranean. These missiles have a range of 1,500 miles, and possess a 1,000lb warhead.

The US has already deployed four warships to the area. As many as 400 missiles could have been deployed in range of Syria already, so even in the case of a singular strike this could still involve a massive deployment of heavy explosive weapons, which would have the capability to greatly endanger Syrian civilians if used to hit targets in populated areas.

The UK, US and France last intervened militarily in Libya in 2011, under an international mandate to protect civilians from the government’s use of explosive weapons among its own people. Under this mandate NATO forces carried out a series of air strikes which caused scores of civilian casualties according to on-the-ground investigationscarried out in Libya. These victims continue to go unrecognised and must suffer the consequences of explosive violence without assistance from the actors responsible. Libya is also struggling with the legacy of explosive weapon use, including by NATO forces, in the form of explosive remnants of war.

No such international mandate exists as yet in regards to Syria, and such an extended military campaign is not being considered at this stage. Today’s news however does raise concerns of ‘mission creep’. While this is reported to be a one-off attack there are sufficient historical precedents to suggest that such an intervention marks the beginning, not the end, of external military engagement in a conflict, with all the risks that entails. Already Russia has warned the US that any strike will lead to ‘further escalation’.

AOAV opposes today’s developments not only because of the direct humanitarian harm that the proposed new use of explosive weapons by the UK and US may cause, but also because of the precedent that this action could set.

Iain Overton, Director of Policy and Investigations at AOAV said: “Any bombing of Syria by British or American forces will invariably result in civilian deaths. These governments will underplay any deaths with phrases such as ‘collateral damage’. But the hard truth is that children will die. Mothers will die. And the public should know this.”