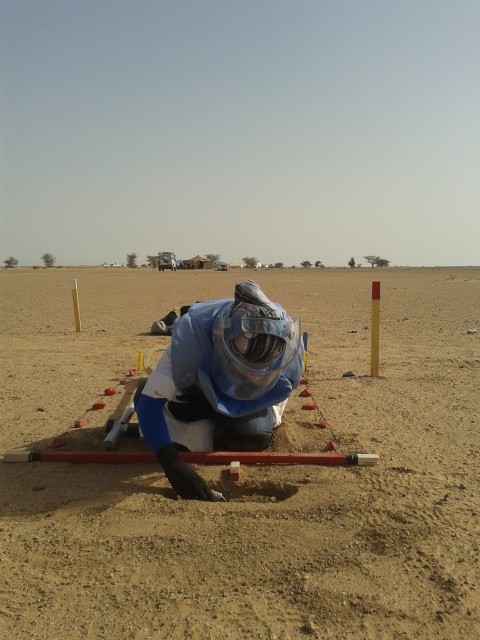 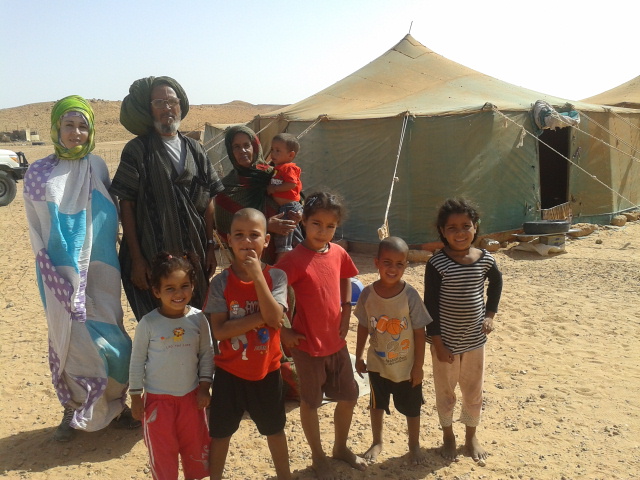 Sidi and his family, including 11 children, live in Aluin camp. Sidi used the grant and his shares in the profit made from the cooperative’s livestock trade project to support his family and develop new livestock rearing opportunities.

Western Sahara is littered with explosive remnants of war. It is potentially one of the world’s most heavily contaminated areas. Despite this, there is little international awareness of the scale and ongoing impact of the problem in this desert country.

Deadly unexploded ordnance (UXO) and landmines continue to take lives, to take limbs, to pose a deep unacceptable risks to the Saharawi population.

Since 2007, Action on Armed Violence (AOAV) has cleared over 25 million square meters of land of cluster munitions, landmines and other explosive remnants of war from the eastern half of Western Sahara. AOAV provides 24/7 emergency response in case of explosive-related accidents and it supplies much needed medical care.  In fact, AOAV’s medics are often the only life-line for communities living in remote areas.

AOAV also helps the Saharawi tackle the mine problem themselves.  We train local staff to ‘international mine action standards’ and develop technical expertise.

AOAV also identifies and supports the victims of landmines and other unexploded ordinance.

To date, 1,291 have been registered by AOAV’s partner, the Saharawi Association for the Victims of Mines (ASAVIM).  We, along with ASAVIM, recently developed a pilot project to assist almost 100 survivors to help become financially independent.  With small start-up grants, our cooperatives have been able to support themselves and their families through trade, livestock rearing and farming. Sidi, pictured here with his family, manages a livestock project which made an impressive 30% profit in its first year.

AOAV’s clearance work is conducted with the support of UNMAS and the Norwegian government, which also supports AOAV’s victim assistance programme. 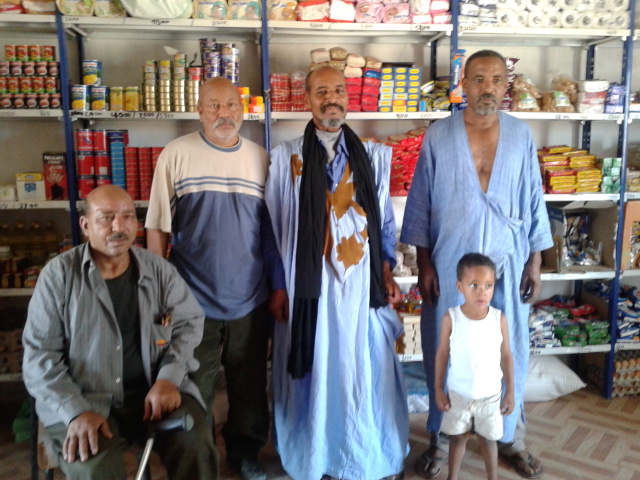 Bojari Mohamed Brahim Mohamed Maulud (Right, in blue) with three of his five partners and son in the grocery shop that they opened with a micro-grant from AOAV. 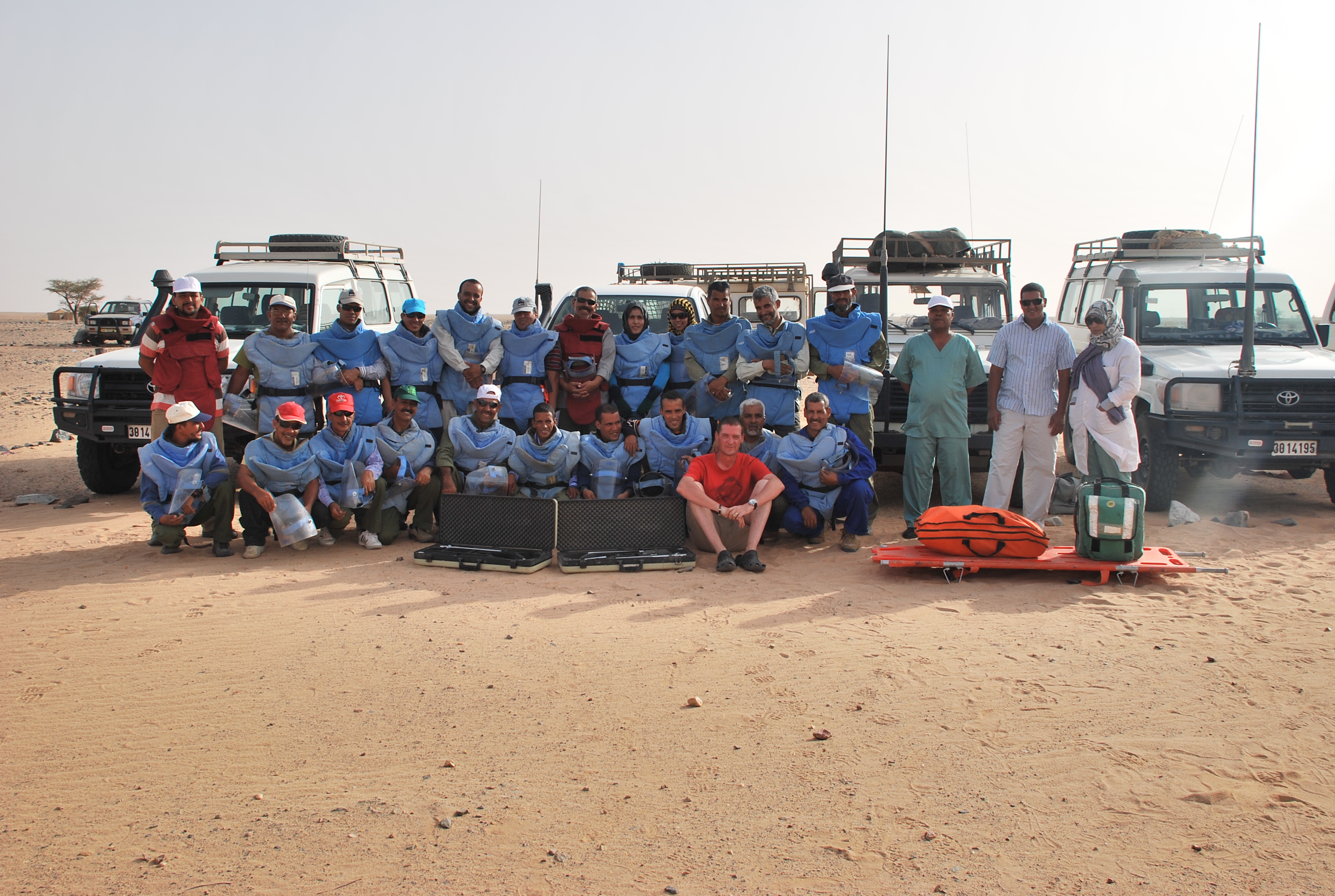