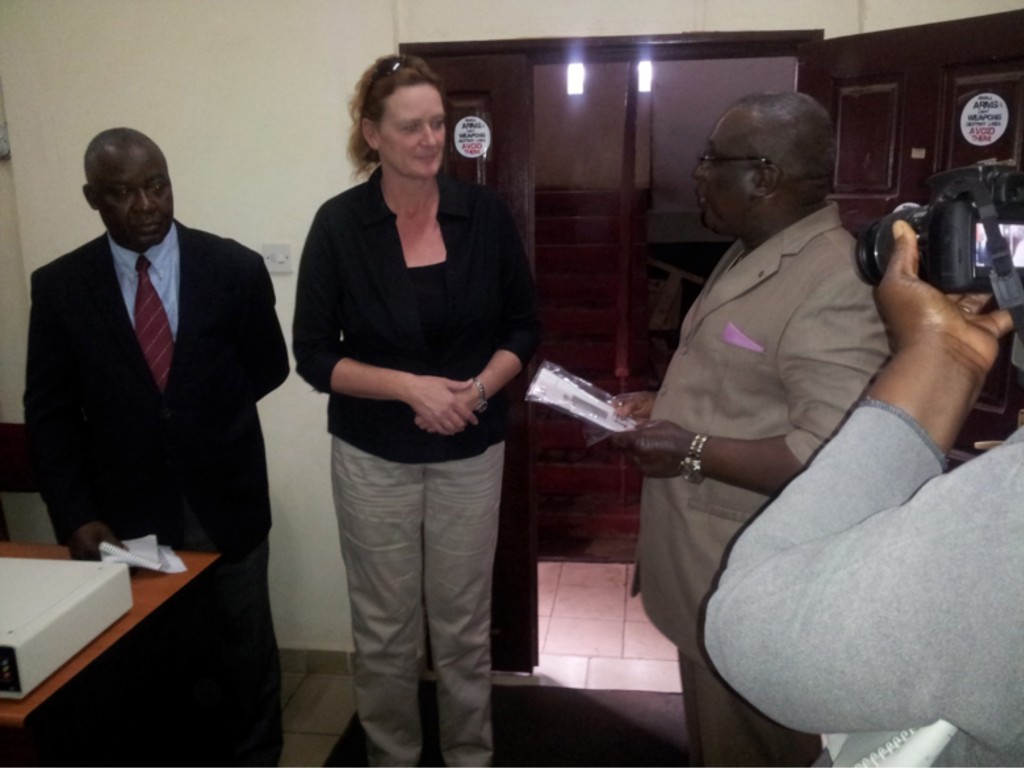 With the adoption of the Sierra Leone Arms and Ammunition Act in August 2012, Sierra Leone has taken significant steps to implement control over the possession, distribution and manufacture of Small Arms and Light Weapons (SALW).

AOAV partnered closely with the Sierra Leone Action Network on Small Arms (SLANSA) to conduct a baseline survey on armed violence in Sierra Leone in order to better understand incidences of armed violence in the country. The survey indicated that there were almost 1,500 illegal blacksmiths operating in Sierra Leone, demonstrating a need for the registering of legal weapons as well as continued work to support alternative livelihoods for blacksmiths.

As part of the AOAV programme to support the practical implementation of the act, AOAV has partnered with the SLeNCSA to provide training for the Sierra Leonean Armed Forces and members of the Sierra Leone Police. The training involved learning how to run a marking machine in order to facilitate marking and registering of all legal SALW in the country.

Trainees learned how to set up the machine, run the software, mark the weapons, and conduct routine maintenance to ensure the marking machine would continue to work in the future. This culminated in the handover of marking equipment to the government in September 2013, so the SALW registration process could be sustained and continued by the government.

SLeNSCA Commissioner Retired Brigadier Modibo Lymon acknowledged the major support that AOAV had provided in enhancing the capabilities of commission in implementing the Arms and Ammunition Act. In handing over the marking equipment to the Sierra Leone Government, Regional Director for AOAV, Chris Lang, pledged the continued support of the Government in its efforts to control arms in the country, and pledged further collaboration as the government continues to support the Sierra Leone National Commission on Small Arms in its work.