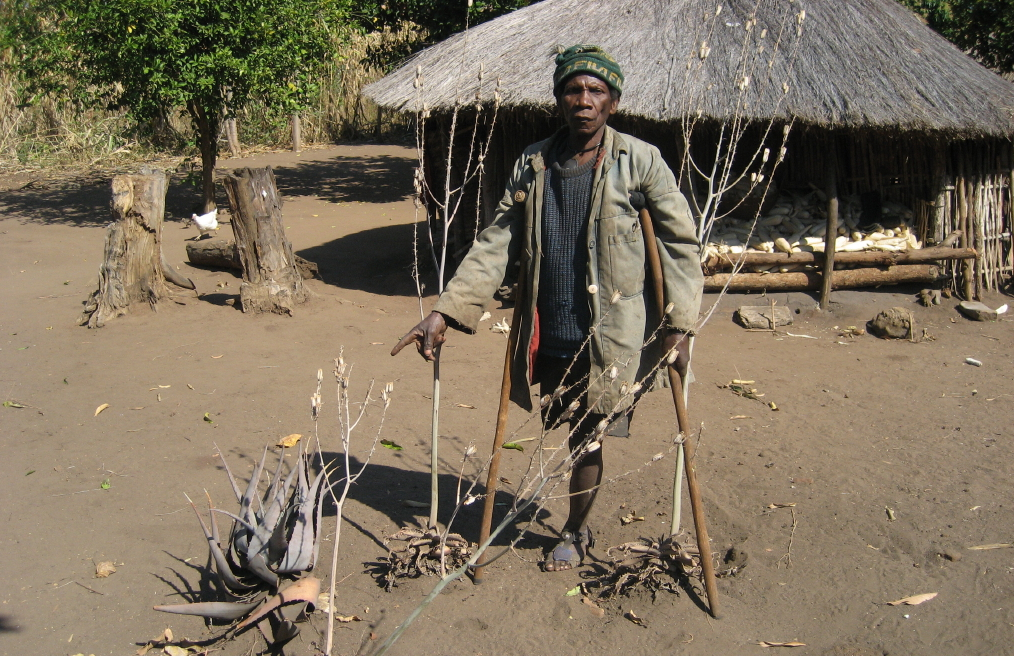 Pita Roque lost one of his legs in a landmine accident in Mozambique.

For the first time in over a decade of its work, the Assembly of States Parties (ASP), the management oversight and legislative body of the International Criminal Court (ICC), has brought issues related to victims to the forefront this year.

Enhancing victims rights before the ICC and strengthening cooperation for the protection of witnesses were at the center of discussions last Friday, during the third day of the ASP. Numerous delegations urged countries to contribute to the Trust Fund for Victims (TFV) – the fund established by the Rome Statute to implement Court-ordered reparations and provide physical and psychosocial rehabilitation or material support to victims of crimes within the jurisdiction of the ICC.

Notably, the UK pledged £300,000, Germany €900,000 and the Swedish delegation announced a contribution for three years (2013-2015) amounting to €4 million. This commitment of countries to the Rome Statute is essential for the Court to fulfill its obligations towards victims. Expectations for rehabilitation and reparations to victims will continue to grow with the number of cases before the ICC, and without enough resources, the Court’s mandate is at risk of becoming a mere declaration of intentions.

In this context, the declarations of countries like Luxembourg and the Netherlands supporting the TFV, and the general agreement among delegations on the essential role of victims in the Rome Statute, are a step forward towards the fulfillment of victims’ rights before the ICC. As pointed out during the debate, there are also ongoing national efforts to ensure that victims of international crimes receive reparations.

A case in point is Colombia, where, according to their delegate, over 317,000 victims have received reparations for injuries resulted in their internal armed conflict. Likewise, during the session several countries and the ICC itself appealed to strengthen cooperation for the protection of witnesses, and consider more contributions to the ICC’s special relocation fund. With the ICC providing protection for over 750 witnesses and their families, this is becoming a burden for a Court that is already striving to achieve an effective and rightful mode of participation and legal representation of victims. As a matter of example, just yesterday, four members of Jean-Pierre Bemba’s defence team (DRC) were arrested for witness interference.

The ASP, however, did not address issues beyond the protection of victims who are working with the court, or witness relocation. Issues such as psychosocial support, physical rehabilitation, economic opportunities and social inclusion are all key to victims’ recovery and reclaiming their lives following their victimization.

It is essential that the ASP and its bodies consider what happens to victims after they are done with the legal process and are looking to get their lives back on track. Victimization from war and armed violence is only perpetuated by lack of attention to the measures that will enable victims and survivors to maximise their life’s potential.