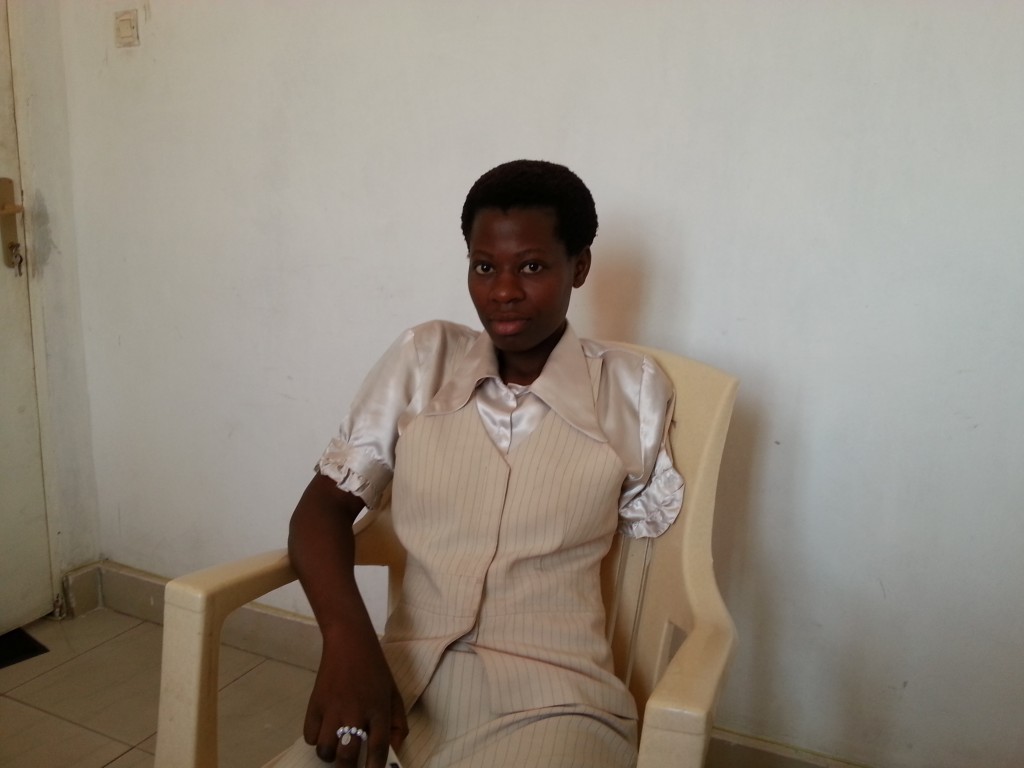 Audrey, 23, attended AOAV’s advocacy workshop in Burundi. She is working to educate women and girls about HIV and AIDS and lobby the Ministry of Health to help meet the needs of people with disabilities.

Audrey Mugisha is a 23 year-old student who grew up in Cibitoke, an unstable province in north-western Burundi.

At 8 years old, caught in the middle of a brutal civil war, Audrey was seriously injured by grenade shrapnel during an unprovoked attack on her house. Her injuries resulted in her left arm being amputated. Her mother was shot in the leg while they tried to run away. They both spent four months hospitalised in Bujumbura before returning home.

Audrey faced deep and terrible discrimination at school as a result of her injury. Her teacher denied her a place in the science stream in secondary school, citing her ‘inability’ to draw as a reason (although she can draw perfectly with one arm). In University, this discrimination continues. She is angry that teachers, who unfairly think she is unable to answer, never ask her questions in class. Nevertheless, Audrey is pursuing her studies towards an economy degree, hoping for a career in banking.

Audrey attended the five-day advocacy workshop organised by AOAV and its partner in Burundi, CEDAC (Center for Training and Development of Ex-Combatants).

Women victims of armed violence and women with disabilities there learned skills to better articulate and understand their rights and through this to help improve Burundian authorities’ and the population’s understanding of disability rights. Thanks to the training, she learned about the Convention on the Rights of Persons with Disabilities (CRPD) – which Burundi has signed in April 2007 but not yet ratified – and now has the skills to argue for its ratification. Official recognition of the rights of people with disabilities will be a step towards the greater inclusion in Burundian society.

Audrey was proud of her participation in the workshop. For her, it is important to be able to share the skills learned with others facing similar obstacles and to help them find solutions for themselves. She has been elected as secretary of the advocacy group established following the training. Her group will be implementing a peer support project to educate women and girls about HIV and AIDS; both how to avoid infection, and how to manage the illness. Her group will also lobby the Ministry of Health, asking it to help meet the needs of people with disabilities, in line with international human rights and the CRPD.

Audrey also plans to support the needs of students with disabilities, lobbying, for example, for easier access to school buildings and libraries.

With the disability rights and advocacy training she received and continued support from CEDAC and AOAV, Audrey will fight to improve the future of Burundians with disabilities.

AOAV’s work in Burundi is supported by the Norwegian Ministry of Foreign Affairs and by the Australian Government, AusAID.