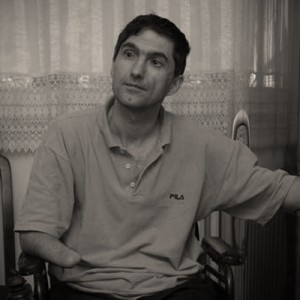 Born in Serbia, Branislav Kapetanovic was an Explosive Ordinance Disposal expert in the army and witnessed the NATO bombing campaign first hand in 1999. In 2000, he was seriously injured by an unexploded cluster munition, losing much of his arms and legs. After recuperating, Kapetaonvic became a passionate advocate in the process to ban cluster munitions and has participated in numerous international conferences as a spokesperson for the Cluster Munition Coalition. He is a member of the executive board of Assistance, Advocacy, Access in Serbia.