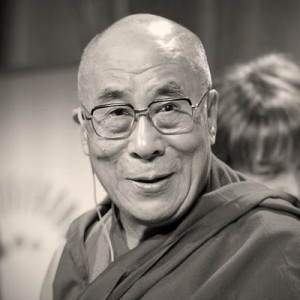 The 14th Dalai Lama, is the head monk of the Gelupga lineage of Tibetan Buddhism and a global social activist. The Dalai Lama has worked to spread the message of non-violence and religious harmony throughout the world. He is one of the most high profile and recognisable peace advocates. The Dalai Lama has been awarded the Congressional Gold Medal in 2007 and the Nobel Peace Prize in 1989 for his efforts in “the struggle of the liberation of Tibet and the efforts for a peaceful resolution instead of using violence.”