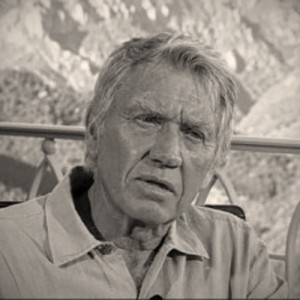 Don McCullin is a photographer who has been covering conflict since the early 60s. He has worked in Vietnam, Kenya, the Congo, Cambodia (where he was seriously wounded by a mortar shell) and Lebanon. He spent 18 years working for the Sunday Times Magazine. He recently travelled to Syria to cover the fighting in Aleppo. The Royal Photographic Society awarded him a special 150th anniversary medal and an honorary fellowship in recognition for his sustained contribution to the art of photography. McCullin is also the subject of a recent documentary film about his life.