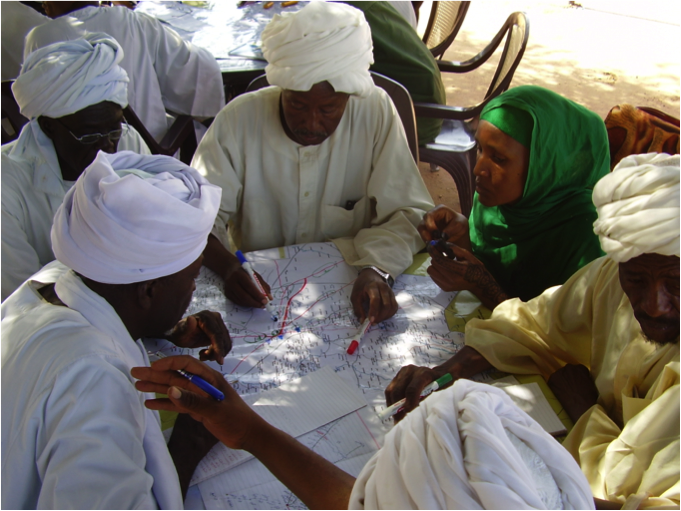 Maximo Halty, Chief Technical Advisor of the UNDP’s Crisis and Risk Mapping and Analysis (CRMA) in Sudan explains the project’s approach of collaborating with all UN agencies, NGOs and national bodies to identify, geo-reference, digitise and consolidate existing  information relevant for recovery and development activities.

AOAV: What is the UNDP Crisis and Risk Mapping and Analysis project in Sudan?

Maximo Halty: First of all, we compile different information sets and information sources from UN agencies. We’ve created what we call the Information Management Working Group (IMWG) of the UN country team and we have obtained formal agreements between all UN agencies to share a number of standard data sets, on all of the sectoral activities that they do.

We collect them all, make sure that they are geo-referenced and compile them into an Arc Reader GIS package and produce what we call the Digital Atlas of Sudan. Every three months, we ask for the updated data sets and produce an updated Atlas – we are now at version number nine. In this basic package we also include information from international sources and other freely available sources for things like land cover, soil compositions, rainfall patterns or mineralogical information.

We then take this Atlas to the state governments and try to build national capacities on information management for analysis and planning. With the lead of the state planning officers, we add one particular set of data that is critical to making sense of all this other data and being able to use it for the State analysis and planning: a needs and risk mapping exercise.

We help organise out a consultation process with local actors in each of the localities of the state, which is then led by the planning departments of the state governments. In a two-day workshop, we ask them to go through all of the human security dimensions – personal security, livelihoods, environmental security, access to basic services, etc. – and identify critical needs and risks in each of them.

But we not only identify what these needs and risks are, but also where they are. We ask all parties to geo-reference and describe the needs and risks, and compile it with the Digital Atlas. This package is then given to the state governments: it includes all of the available information regarding services infrastructure, settlement distribution or population displacement. It also contains perceived risks, category by category, as expressed by the main actors at each of the locality level.

Every state that we’ve worked in has produced their State Situation Analysis. It is important to note that this is their situation analysis, not our situation analysis. It is what they consider their priorities, based on what they saw, based on the information they have collected and what we helped collect. It becomes their document, and it becomes their priority-setting exercise.

In this way, state development plans become aligned with what they saw to be their actual problems and priorities, through a multi-stakeholder consultation process. This has been a huge change.

The past federal Minister of Finance, for example, has been very vocal about saying this has been probably the most important capacity building project for the States in the last few years. According to him, the best strategic plans they have are those where the CRMA has helped the state governors produce their state situation analysis. This should be the standard procedure.

In fact, in  South Sudan, the national government fully supported the whole process from the federal level itself, and has taken the lead in chairing the Information Management Working Group, with the inclusion of all the key federal Ministries. They have also taken the responsibility of producing the Digital Atlas.

So for the last year and a half, the Digital Atlas for South Sudan has been produced by the National Census and Statistics Centre. The whole process of consultations at county level and the risk mapping and the analysis and so on, is now part of the official planning process for each of the states in South Sudan.

The main challenge now is that, even though the State governments have taken the process with great enthusiasm, they are not capable of reproducing this on their own without further support in training of their staff.

They still need us to give technical support to do these things, because they only have a few people to have gone through this process. They don’t have enough depth in terms of capacity and technically trained people to actually carry out the whole process. What we have designed now is a Phase 2 of our program, which is going to be a two year capacity development program. This will run another full cycle with each of the states but will train a much higher number of their own people to run the whole process on their own with no intervention from us.

We will only do the training. We will simply look at quality control and check where they are doing things right and where they need more support or more training.

Unfortunately, this has all been stopped by the central government in Khartoum because some people have voiced their concern about state governments developing these capacities on their own. The state governments now suddenly began to know their priorities, and they are very clear about what they want.

They are very vocal about “this is what we want to do, not what we are being told” and it seems this does not go down well with everybody. So we don’t know yet whether we will actually be able to roll it out or not and so we are still in that negotiation phase.

AOAV: Could you make a concrete example of how, for instance, one of the missions has changed?

MH: In the Kassala state, there are two small regions that are the traditionally war affected areas. These regions have been the places of origin for conflict, ever since independence in 1957. They were also the places most affected by these conflicts.

When the last peace agreement came into place, these two areas were completely and strictly off limits to the whole international community. Nobody was allowed to go there. A lot of my colleagues, and a lot of other people in the international community, badgered the state on and on. When you do your strategic plan, when you think about your investment, your peace dividends and so on, you have to prioritise the war affected communities because this where conflict starts.

And it starts there because you have not made any investments. This makes those people feel disenfranchised, which is why conflict starts over again. You are not going to stop the cycle of violence unless you invest there.

You have to take them out of this absolute poverty. Continuing to ignore them only makes things worse and only prepares the next round of conflict. The response from the state government authorities was systematically: “It’s none of your business. We will do what we feel is right, this is our country. We did not ask for your opinion. We are not interested.”

They were very clear about it and all of their plans were in complete ignorance of these groups and these areas. It was: “No go, no access, no support and no programmes and no special anything. And not up for discussion.”

But when we carried out the risk mapping with the planning authorities of the state government we agreed that we would go everywhere. This was the agreement with the state governor, because this was our standard agreement with every government. We told them: “We will help you this but your commitment is that there be no exclusions. If you wish to exclude certain areas or groups then we will  have to stop the process because we will not be doing our job. You can’t have a representative risk mapping if you don’t have all the people represented. So if you limit the invitation and the participation, then we cannot guarantee the results and therefore and we will not be the guarantors of this process and we will pull out.”

We were very clear about this with the governments. And they all agreed because they were very keen to have this type of this information. As part of those rules, these communities had to be part of the consultation: people from these areas told us about all their problems and we then conducted an analysis sector by sector.

And lo and behold, the highest priority areas from every single sector were of course the war-affected communities, i.e. these two or three hot spots. When the situation analysis was done, the state governments’ conclusion was: the main priority that we have is that these  communities are completely abandoned so we have to help them urgently. And then they turned to us and said: “We need your support now because we need to go into these communities and plan and analyse in detail what are specifically their problems and what sort of plan should we actually do to improve their situation.”

We ended up doing a more detailed and focused risk mapping and analysis in those communities with the state government. We helped develop a specific plan that they then integrated in their strategic plan as the highest priority for the state involvement.

It’s the perfect example of the change that is produced by getting out of the way of the local government and the local actors making their own decisions, through making them responsible to face the facts and information they themselves collected.

All we did was to say: “The analysis is yours. You are the ones doing the analysis, what we are telling you is that you need to face the facts. You can’t ignore the facts; you can’t ignore the people you engaged with. You have to listen to what people are saying. Then you can decide that what they’re saying is not a priority for you. It’s up to you if it is a priority for you or not. But you cannot not listen.”

Of course, once they listened, they felt compelled to act because these are their people. They ended up saying that this was the people’s priority and therefore the government’s priority.

AOAV: How’s it going in these two states since then? Are they implementing the process?

MH: They’re actually implementing as far as they can, but the state governments in Sudan have very little autonomous capacity. They are given extremely limited funding from the central government.

One of the key problems and key challenges is that the additional funds should come from the international community. The main problem here has been that the UN has so far mostly ignored this work and has systematically failed to follow the lead of the state governments in their analysis and planning.

But, unfortunately, the UN hasn’t recognised this work yet.

MH: Because the UN has yet to adopt evidence-based planning as an actual planning mode, not just a slogan. Many decision-makers in the system tend to see facts and evidence as something that conditions how they do their planning, and don’t like that limitation. They prefer to plan based on accepted standard practice.