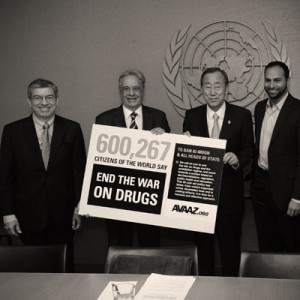 The Latin American Commission on Drugs and Democracy is an effort chaired by the former presidents of Brazil, Mexico and Colombia. In 2009, the commission produced an influential report which urged states to rethink their counternarcotics policies. The statement calls the war on drugs a failure which has lead to increases in organised crime and in levels of violence in Latin America. The commission offers a range of solutions including treating drug users as a public health issue and focusing efforts on the repression of organised crime.