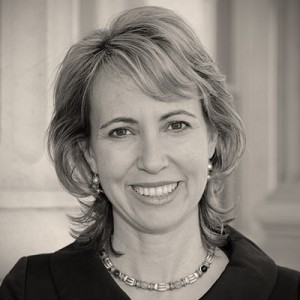 Gabrielle Giffords is an American Congresswoman and advocate for gun control laws. She was shot at close range in Tuscon Arizona at a campaign event in 2011, thirteen people were injured in the attacks and six others killed. Giffords has been making steady progress in her recovery and has set up a political action committee, alongside her husband, called Americans for Responsible Solutions, which advocates for tougher laws on guns and responsible gun ownership.