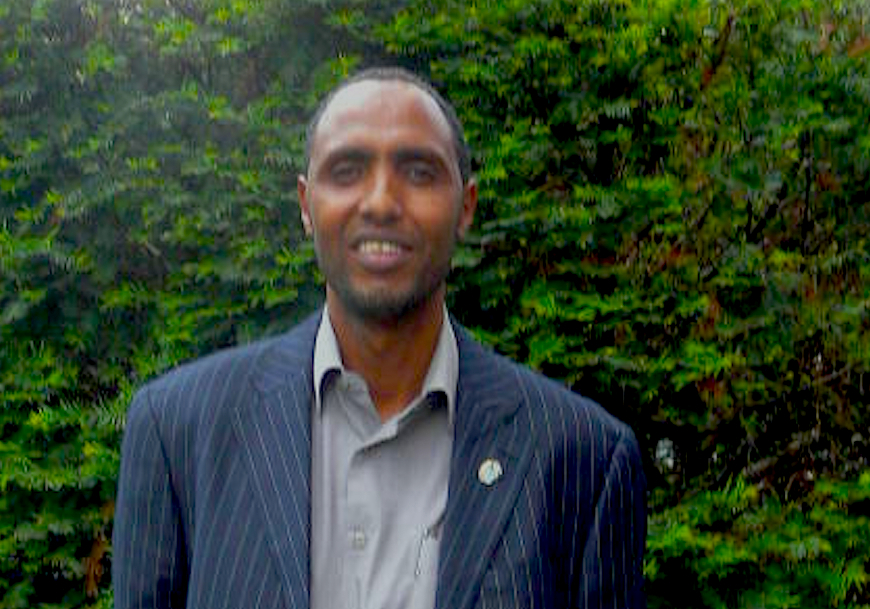 Abdullahi Mohammed Odowa is a General-Director of the Observatory of Conflict and Violence Prevention. He has an extensive experience on social research and has conducted several researches including Conflict Analysis in Sool and Sanaag regions of Somalia (for CARE International) and Social Action Research on Drought and Climate Change in Somaliland (for ActionAid International).

AOAV: What does the Somali Observatory of Conflict and Violence Prevention do?

Abdullahi Mohammed Odowa: The Observatory of Conflict and Violence Prevention has three departments, each one with a different focus but complementing one another.

The core department is research and analysis, which collects data at a district level. We are currently engaging in a Conflict and Security Assessment that looks into conflict dynamics at a district level, security providers, justice providers and governance providers. We are also looking at the community perception about these.

The second pillar is training. If there are specific findings from the research, we conduct community capacity building or training.

The knowledge department is responsible for data dissemination. We are organising data dissemination workshops at district level, so that when information is collected, data is analysed and the findings are taken back to the community.

AOAV: You share data with a very wide audience at community, policy and international levels. At the community level, what do they make of the data? How do you present it to them?

AMO: We started the whole process in 2012, and we’re currently just in phase. So far, we have conducted two community workshops teaching data dissemination – one was in Burco and the other one in Boroma.

In Burco, we invited the governor, the mayor, the counsellors, the elders who are working and peace building in the region, religious leaders, and some youth representatives. When we presented findings, they were excited. They said this was a new way of doing research in this country.

AOAV: It sounds like you created a lot of enthusiasm. As a general statement, would you agree that armed violence observatories could reduce violence?

AMO: In our case, I wouldn’t specifically talk about armed violence because our observatories work in different ways. We are not only focussing on armed violence in our work. For us the focus is to look at the wider picture.

Somalia is a place where states fail, where you have various issues that still trigger conflict. You have environmental issues, you have issues of government structure, which is yet to emerge. We have various justice providers and very weak formal systems. You have a whole set of issues, all of which contribute to social unrest.

What we are trying to do is to act as a neutral research institution that conducts the assessment and then disseminates this data for people to act on it.

I think having an observatory that specialises in a certain area, distributes data and maintains its neutrality is very, very important, particularly in developing countries. Sometimes the community might not know the whole cause of the problem, but they history repeats itself by making the same mistakes over and over again. So having this basic information is relevantly important.

AOAV: Among development agencies or other NGOs that act upon recommendations, can you think of one example that you thought was a revolutionary way to reduce armed violence?

AMO: I think focusing on educating people about the nature of the violence, what violence actually is and it can be controlled, is incredibly important. In places like Somalia violence destroys the entire social structure and then you will need various actors to cooperate.

In Somalia, I think the most important thing is to have multiple actors – but at the same time you also need to have coordinated activities.