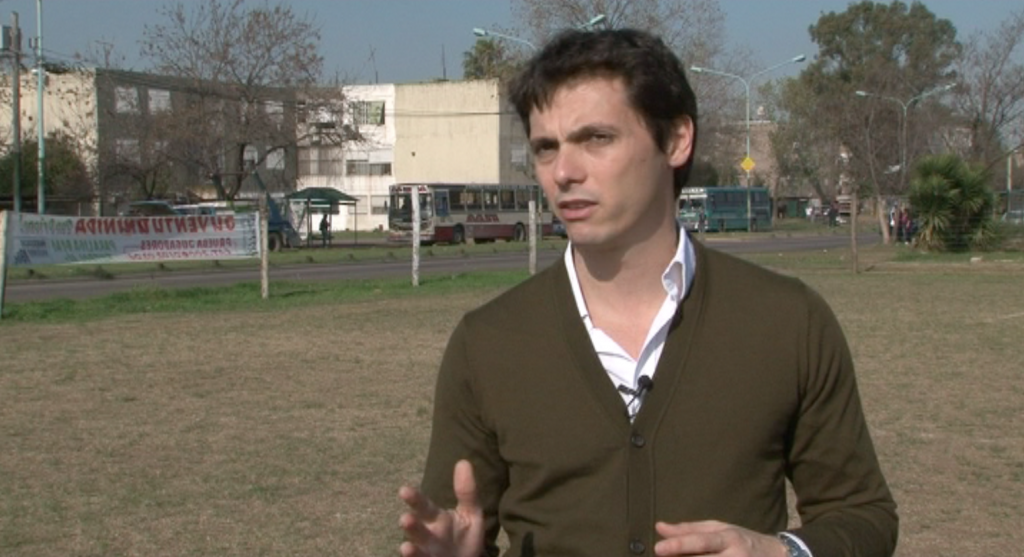 Diego Gorgal is an Argentinian lawyer, councillor in the municipal government. He also serves as the Vice-President of the Deliberation Board of Almirante Brown, a partido of the Buenos Aires province.

AOAV: Can you tell us a little bit about Almirante Brown? What problems did – or does – the neighbourhood have?

Diego Gorgal: This neighbourhood emerged in the end of the 1970s as a housing complex, intended for a certain amount of people. Later, it was redeveloped and took up such an immense scale that it was compared to distinct neighbourhoods in the Buenos Aires province.

We think that more than 800,000 people live here today. It is a neighbourhood with many services but also several problems, of all types: mostly security, drugs and robbery.

It is a neighbourhood that was neglected for many years, without any attention from the municipality and without any policies.

AOAV: What policies came from the Municipality to try and improve the situation?

DG: At an initial stage, we needed to organise the area, and the provincial deputy immediately took this as the main task. We need to give the place an identity, and to provide juridical security to its inhabitants. The deputy worked in partnership with several organisations in the local area and achieved a regularisation.

From then on, several policies were created: sport and social policies, a number of infrastructures in the outskirts and stronger health care. We now have a health centre that works 24 hours, almost like a mini hospital. There are also various community organisations with activities of all types that had an impact on the society here.

AOAV: What impact does that have on the levels of violence?

DG: A lot, because there was a political decision to be present in distinct social programmes. There was a strong bond and it was possible to reduce a lot the problems encountered.

Fundamentally, the plan was to bring together the religious presence with the community and political presence. This allowed each of them to express their own needs, to see what the needs of the place were.