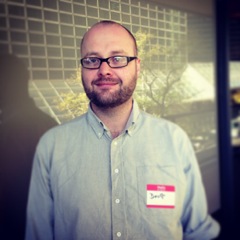 AOAV: What’s the problem with toxic remnants of war?

Doug Weir: At the moment there is a huge disparity between protection of health from toxic materials in peace time and consumer goods, versus those in munitions. For example, there are very few restrictions or controls over what substances can go into weapons.

AOAV: What is the outcome of that?

DW: That potentially, there are levels of unacceptable contamination in civilian areas, especially where heavy or prolonged use of weapons are present. There is not currently enough scrutiny in terms of post-conflict environmental assessment or public health monitoring for exposure to these substances.

AOAV: Can you give some concrete examples?

DW: Some of the heavy alloys, for example tungsten, red nickel, cobalt. Things like mercury are restricted by international treaty agreements, but for which blanket exemptions exist for military goods. A range of explosives like HMX, RDX and TNT are all toxic to varying degrees.

AOAV: How do these substances impact on civilians, what harm can they do?

AOAV: Are there any post-conflict zones which you are particularly concerned about?

DW: Iraq is the big one for us due to the extremely long running conflict there, both in terms of the Iran-Iraq war and then the US invasions. There are also potentially high levels of contaminants, and there have long been reports of increased rates of birth defects and cancers in the country.

AOAV: How does your research project hope to eradicate this problem?

DW: Our aim has been to identify gaps where there’s room for improvements. So, something important for us is the IHL provisions for protection of environment during armed conflict under the additional protocols of the Geneva Convention. One of the key issues is that, at the moment, the threshold for damage is set incredibly high so it does very little in terms of localised intense contamination. It has also been identified for many years that protection of the environment during conflict has lagged very far behind environmental norms and treaty norms during peace time. It seems timely to update that to ensure greater protection for the environment and for the people that live in it.

AOAV: Do you think there is much appetite to transform this from research into something more tangible and a campaign?

DW: I hope so. There are ongoing processes, such as the five-year program launched by the International Law Commission which looks at the applicability of peace time treaty norms of protection of the environment during conflict. The ICRC have identified this as an issue and the Nordic Red Cross societies are writing a significant report on this. The Human Rights Council have long reported on issues about the impact on the human rights of environmental contamination, and in particular of military contamination. This can be anything from abandoned armaments, to military waste, to waste produced by bases, in addition to the substances in munitions. We think there is a whole area in there which is ripe for development.