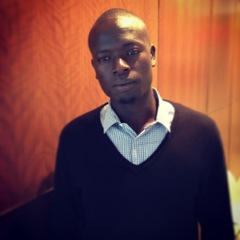 AOAV: What does the network do?

Geoffrey Duke: The network works to reduce gun violence in South Sudan. Gun violence is an enormous problem here, even after the hostilities between the North and the South. Violence has shifted into being a political tradition and continues mainly among civilians.

AOAV: How many people are part of network?

GD: We have over 40 members from across the 10 states all doing their bit to prevent armed violence. The work ranges from documenting instances of gun violence, lobbying members of the parliament to take action, engaging in legislation processes and also providing alternatives mechanisms for dispute resolution to reduce the kind of violence associated with interpersonal disputes.

AOAV: How do you manage to stop interpersonal violence at the root?

GD: We create awareness of Alternative Dispute Resolution Mechanisms and demonstrate that the gun is not an option. We try and show that this ‘eye for an eye’ strategy is something we need to leave behind and that there exist mechanisms that can be used instead. For example, local leaderships such as chiefs traditionally helped to resolve differences, so we advocate that people use these instead of retaliating with violence.

AOAV: Are you also involved in trying to regulate the actual availability of guns, the arms trade itself?

AOAV: What is the scale of the problem? How widespread are guns in South Sudan?

GD: There was no accurate record of the number of arms during the war so it is difficult to estimate. Approximately, there are 3 million arms in circulation in the entire country which has a population of slightly over 8 million, meaning there is almost 1 gun for every 2 people.

It is believed that half of the arms in circulation – about 1.5 million weapons – are in the hands of civilians. During processes of arms collection, less than 100,000 guns were recovered, which is just 5% of what’s out there. Evidently, there are huge numbers of unaccounted guns still circulating in South Sudan.

AOAV: The challenge then is with interpersonal violence?

GD: Yes. Interpersonal disputes have been evident in many parts of the country. For example, arguments over property and borders of land.

AOAV: Have you personally seen this type of interpersonal gun violence?

GD: Yes. In a number of cases people sort out differences this way.

AOAV: What is the homicide rate in South Sudan compared to other African countries? Is it much higher?

GD: There are no comprehensive statistics on casualties. We are just starting a process on documenting all the casualties related to gun violence which we started earlier this year. We hope to produce annual consolidated data on that. That is one of the processes we look towards, a proper reference of casualties.

There are a large numbers people who die annually from intercommunal violence, and if we were to compare the levels of this kind of violence to other parts of Africa, I would say that South Sudan leads.

AOAV: How does that impact you personally, is the gun a permanent feature in your life?

GD: It’s a constant threat and a reality we have to live with on a daily basis. I feel it is a motivation; you are solving a problem that affects you personally. I look to the day when I can have a peaceful night without having to worry about somebody scheming to take my life as soon as I step out my front door.

AOAV: Is there a threat to your own life because of your line of work, in standing up to this violence?

GD: I haven’t been threatened explicitly, but there definitely are sources of threats. For example, one comes from people who benefit from trading arms. We have not yet conducted thorough investigation into tracking the trails of arms traffickers. If we were to, it would increase the level of threat considerably.

AOAV: Where are the guns coming from? What is the trafficking route into South Sudan?

GD: What we know is that internally it comes from government stockpiles. We have interviewed people in other parts of the country and they say the guns come from Juba. We think the government arsenals are spilling out.

AOAV: Are people profiting from this, such as corrupt officials taking money?

GD: Definitely. Some people think it is criminals within the government or the army.

AOAV: What are the main types of weapons being seen on the ground in South Sudan?

GD: The favourite weapon by civilians is the Ak-47. It is widely available and easy to use and maintain. The bullets are also widely available. They are cheap and usually sell for around 70-300 dollars.

AOAV: If I were to go to South Sudan, would it be relatively easy to get a gun?

GD: It would depend on your connections. When you ask communities where they get their guns from, they just say you can acquire one when you want and that it is easy. This demonstrates that often just next door there is a dealer, which shows you just how widely available they are.

AOAV: Is there sense in South Sudan that, because this is a Russian made weapon, somehow the North is in some way benefiting from the war in the South?

GD: Well, all the weapons in South Sudan come from abroad. Many of the civilians have weapons that 1) spill from the government, 2) are distributed form the war and 3) come from the armed groups, like the recent rebellion of David Yau Yau. There are reports which document that arms are coming from Khartoum, and once these arms are acquired by the armed groups, they use them to mobilise youth. They say to the youth that they can keep the guns if they fight alongside the armed groups.

What happens is that the youth come and fight with guns, and what you’re left with are civilians with Chinese-made AK-47s circulating. These arms were legally sold to Sudan as a state, but spilled to armed groups and civilians. That is a clear trail. But when you tell the Chinese that their weapons are causing atrocities here, they say that they only that their weapons were sold to South Sudan officially, and that it was agreed that it would be under their control. What we’re talking about is beyond Chinese judiciary, and they can’t help.

AOAV: Do you think this a problem when it comes to, for example, the Arms Trade Treaty? That it may be legitimate to sell from government to government if that government isn’t involved in atrocities, but that a seepage of weapons from a government’s stockpiles isn’t down to selling country, but is down to a sovereign responsibility.

GD: It is a sovereign responsibility, yes. According to the Arms Trade Treaty, in the risk assessment process the county that is intending to sell weapons should at least be able to assess what the likelihood is that the weapons would stick to the jurisdiction of the state, and not easily spill to unauthorised end-users. At least there is a provision that that should be part of the risk assessment process.

AOAV: When it comes down to tackling the issue of gun violence in South Sudan, what do you believe to be the best option?

GD: It has to be a little bit of everything. Regulating fresh flows of weapons from abroad is both an immediate and long-term need. The government has been collecting arms from civilians but it has been flowing across the borders through the rebels. This has established a cycle of disarmament and armament which is a big threat to stability.

A big factor is poverty, people have nothing to lose and are living on nothing. They only have their gun, which they can use to acquire wealth. It is difficult to talk to criminals, process of understanding the violence that you can connect to the intentions of these manifestations of violence.

AOAV: Are you optimistic? Or do you think more people need to be involved and more money to make an impact?

GD: I am optimistic, things can be better. It is still unclear how long it will take, but more action means more impact and that means rapid change. There is no magic bullet, but at least if all the processes are in place and the resources are available, things will definitely move.

Right now, we want to do something, but some of our members are unable to do it because they cannot access the funds, or do not have the skills within human resources. A lack of government will and expertise also affects our efforts.

What we need is more people, more resources and more political will. These things can definitely help take our country forward in the short run.