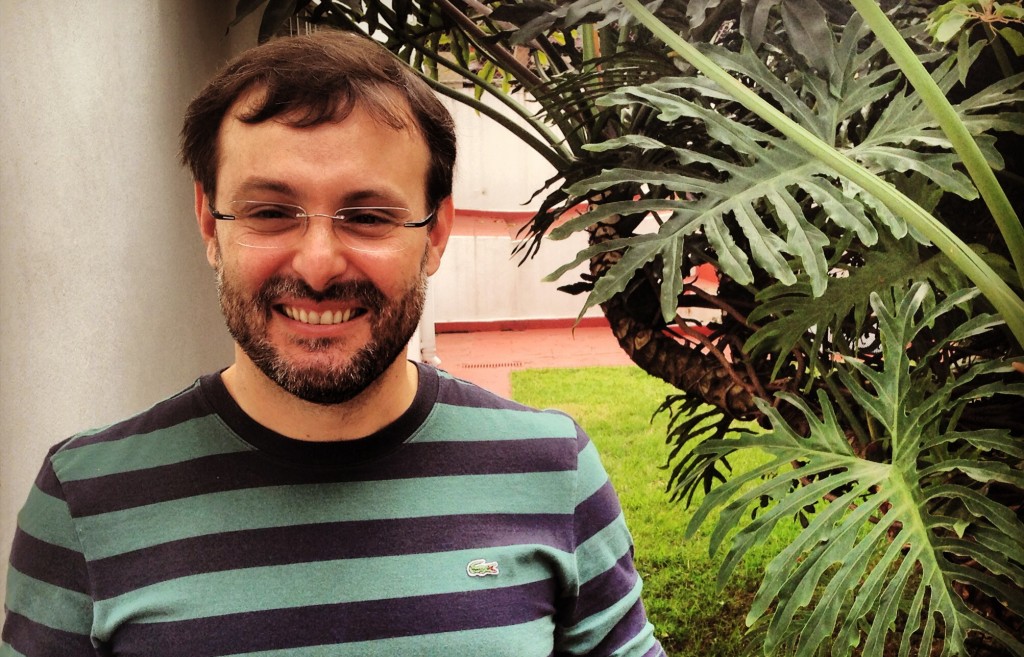 AOAV: What is the Brazilian Forum of Public Security?

Renato Sérgio de Lima: The Brazilian Forum of Public Security is a network of experts and police members working on the improvement of policing quality and security policy. We have various experts among us – I am a researcher that deals with data and information and our focus is the production of information regarding violence and security policy.

We have several associates, for example Luciana Guimarães, Melina Risso and Carolina Ricardo of Sou da Paz, and we have a working programme that focuses on transparency and accountability.

There are two theories: one is the production of data regarding police brutality nowadays, in partnership with the Open Society. In Brazil, police brutality is not a very popular subject. It is not a national subject but it is a subject in São Paulo, Rio, Bahia, and also Pernambuco.

In São Paulo, around 20% of homicides are committed by the police. One of the discussion strategies is: what is the most appropriate policing standard to reduce this? But it is very, very complicated, because Brazil is a very violent country. We have around 50,000 homicides per year, which is translates to 22 to 23 homicides per 100,000 inhabitants.

For us, the subject of armed violence is the subject of urban violence. It is the relation between organised crime and police, and urban criminality and police. It is very uncommon for us to have a discussion about armed conflict resulting from guerrillas or war-like conflicts.

The big discussion is how to provide the urban conditions, as in Brazil the police is linked to the states and not to the cities. The cities do not have police, so the mayors are not responsible for the police but the governors.

This is our internal work, in Brazil, and in terms of regional cooperation in Latin America. We have a very interesting project with CAF (Corporacion Andina de Fomento) – the Latin American development bank, a bank without the participation of the United States and Canada, similar to the World Bank.

The CAF is financing the organisation of a South American public security yearbook, which we’ve produced for seven years. It includes information mainly about security statistics, criminal statistics, the expenses and investments in security, prison population figures, permanent staff of police forces, and also some information in terms of the quality of information regarding questions of victimisation or other kind of queries.

The CAF asked us to produce this yearbook for all countries of Latin America. Also because the data in Central America simply does not exist, therefore it is more complex.

Our strategy is to make transparency our working tool. It will be a tool for accountability, as a way to put governments under pressure with quality information. Governments in general claim that data has no quality and cannot do anything. Our strategy is to demonstrate that the data exist, and although it might not be perfect, it indicates some priorities.

In Brazil, police brutality and the way police is organised, are the two main responsible facts for the high percentage of homicides in the country. Either we reform the police system or we will not be able to reduce armed violence. This means that it is not enough to invest in technology or programmes to fight crime in borders, but a fundamental change from the defence of the state to the defence of society is needed.

This is an urgent subject in Latin America and a very sensitive subject to governments, because it is related to democracy.

AOAV: How do the police react to your work?

RSL: We are about 200 associates and around 60% are police. This is a contradiction because a lot of the police staff agree with the criticism and believe that corporations need to suffer drastic reform. The judicial system in Brazil is very archaic. The system legislation has been around for 70 to 80 years.

But the police is very open to the discussion for better work standards. The corporations, for unconstitutional and political reasons, are not that much. The corporations work more closed in their own dogmas, but the individuals are more open, more willing to think about a new form of policing.

The ways of policing in Latin America are very particular, because we have a lot of common features but at the same time very different policing cultures. In Chile, Brazil and Mexico, we have very strong discussions about police militarisation. In Argentina not really, instead we have another discussion, the discussion about the UPPs (Pacifying Police Unit).

Ignácio Cano, a Professor from the Rio de Janeiro Estate University, made an evaluation about the UPPs and indicated that the UPPs they would work – mostly in the reduction of police brutality and in the recovery of population’s feeling of security.

But it is impracticable to adopt the UPPs all over Rio and in the rest of the country. The UPPs need 11 times more officers than in the community policing. The UPPs are a specific type of policing that need to be adopted in places with lack of territorial control. In addition, other reprehension and prevention programmes must be adapted.

And the police are interested in that discussion about new forms of policing. Not only the military police but also the police responsible for the investigations – the civil police.

It is very interesting to see that the discussion is starting to take form and our Forum is part of work groups to propose new security legislation.

We managed to raise a point that it is necessary to make a reform. I am the representative in the ministry work group and we have other Forum representatives in the Congress group, among them some police members. It is very interesting to understand that police members, not all but some of them, are working outside a corporative logic, thinking about it as a whole.

As any corporation, the corporative logic is very strong – doctors, teachers, police, but the discussion in Brazil reached a certain consensus that takes us to a unique moment.

It is interesting that somehow it allows us to think that soon we should have a small police reform. Not completely, not the ideal one but we will be able to include this discussion in the Brazilian political agenda.

AOAV: A number of people have mentioned the problem with the division between the military police and the investigation side. Do you not think the reform will include combining the two?

RSL: Politically, no. Politically this subject will be postponed until after the Presidential elections in 2014. In the Congress, the Ministry does not want to discuss in such a sensitive subject and in which there is no consensus.

The current discussion is that it is possible to re-think the articulation between the two police, from a logical management, federative articulation and coordination. How? By proposing other financial mechanisms, reviewing resources and also by creating coordination places, for example in the Ministry, Committees to discuss standards regarding the use of physical force.

Personally, I do not like our way of not bringing together our police forces or at least bring together the prevention and investigation work. End with the military police as military and think about one police. But this is a topic that will certainly be left for after the presidential elections.

None of the candidates has the courage to bring up this discussion, because in Brazil we have a very conservative society and that in general agrees with police brutality and our way of repression. We have serious political culture problems – it is still too authoritarian.

The Forum acts as a platform that integrates information. For three to four years we have been working to provide information on armed violence, which affects young people and has a pattern very similar to other countries. This immediately raised important matters, so that for example, Brazil can accept and integrate a new Millennium Goal with the United Nations.

AOAV: And how good is the data?

RSL: The data coming from the Ministry of Health is good. The Ministry of Justice raised a very important discussion between the different states to create a methodology to evaluate the quality of data. That allows separating those states with good data from the ones with bad data.

It is interesting because the justice system has states with very good data, such as São Paulo, Rio, Pernambuco, Paraná and Minas Gerais. Smaller states have problems with systems and the ministry of justice must change the resources in order to help the states in creating it.

We have a very strong idea about using the technique as a political strategy. Many times governments adopt positions and in the name of technique, but don’t do anything.