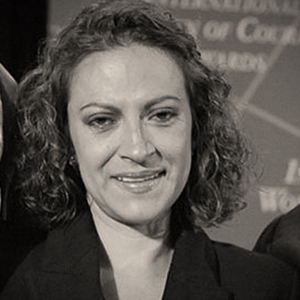 Jineth Bedoya Lima is a Colombian journalist who is subeditor of El Tiempo. She investigates drug trafficking, organized crime and the issues around women and violence. Lima is the survivor of targeted sexual violence:  In 2000, at 26 years old, she was covering a story about arms smuggling at La Modelo prison in Bogota, when she was abducted by a group of paramilitaries and violently raped.  She is one of handful of journalists who have ever spoken out about their experience with sexual assault, and one of the few who is publicly seeking justice.

11 years on from the attack, she continues to campaign for more investigations and prosecutions of sexual violence in the Colombian criminal justice system and to draw more attention to sexual violence in Colombia generally. She leads the campaign ‘No es hora de callar’ (Now is not the time to be quiet) which aims to speak out against sexual violence and break the culture of impunity within the country. In 2012 she received the International Women of Courage award.