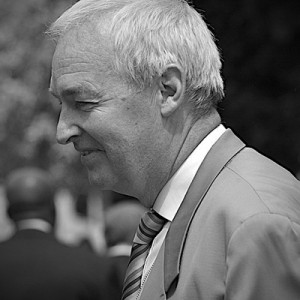 Jon Snow anchors a remarkable Channel 4 News team including Lindsey Hilsum, Jonathan Rugman, Jonathan Miller and Alex Thomson. Channel 4 News’ international coverage frequently focuses on areas which are neglected by other western media. In recent years they have conducted investigations into alleged war crimes in Sri Lanka, reported on the situation of children trapped in violent Aleppo, Syria and documented the situation for people displaced by violence into camps in Burma. Snow has been the face of Channel 4 News since 1989 and has covered conflicts around the world. In June, he was awarded the Online Media Award for best Twitter Feed.