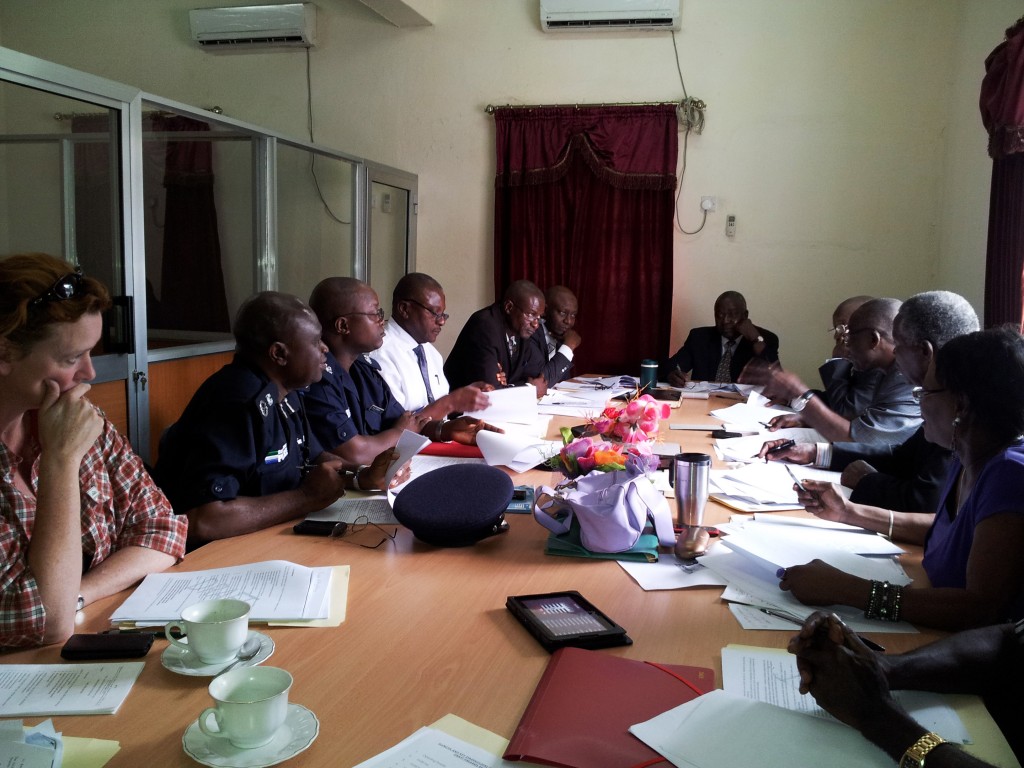 The Liberian Armed Violence Observatory (LAVO) held their summer retreat in August 2013, which aimed to review and rewrite the goals and objectives, mission, vision, and organisational framework of the organisation.

The LAVO collects data on incidences of armed violence in Liberia from multiple sources including the Liberian Police, the UN, and hospitals. It collates and analyses the data, and publishes reports on the findings, ultimately aiming to inform a reduction in the incidence and impact of armed violence in affected communities.

The retreat sought to solidify the LAVO’s long term sustainability by having participants work together to develop clear statements of mission, vision and values and to develop a strategic plan for the LAVO moving forward.

The retreat can boast several successful outcomes. The LAVO agreed upon a streamlined framework for the running of the organisation in order to increase efficiency and strengthen the foundations of the organisation. As part of this new framework, stakeholders will be formed into committees focusing on specific areas of work.

The four committees established were: Ways and Means, Legal and Advocacy, Publicity and Awareness, and Data. The retreat participants agreed that this framework would clarify roles and allow the LAVO to continue to work effectively.

In establishing a strong framework, mission statement and vision, the LAVO is moving towards the ultimate aim of being an autonomous body whose work is continuingly useful and comprehensive in reporting on armed violence in Liberia.