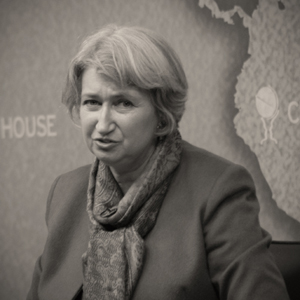 Lindsey Hilsum is the International Editor for Channel 4 News in the UK. She has covered the wars in Iraq, Afghanistan, Kosovo and the Israeli-Palestinian conflict, along with the Arab Spring and the genocide in Rwanda in 1994. She wrote a book about the 2011 war in Libya. Before becoming a journalist, she was an aid worker in Latin America and Africa.

She has won the Royal Television Society Journalist of the Year award, the James Cameron Award, the One World Broadcasting Trust Award and others.

New Statesman: There are other Tibets

Channel 4: What if? The Nairobi terror attack that feels very close to home

New Statesman: Democracy, but not yet