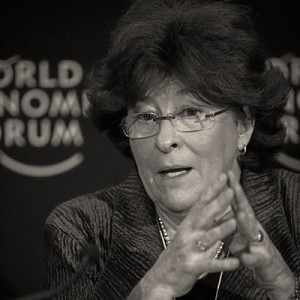 Louise Arbour has been CEO and President of the International Crisis Group since 2009, previously serving as a Chief Prosecutor for the International Criminal Tribunals for Yugoslavia and Rwanda. She made history in 1996 when she indicted Slobodan Milošević for war crimes, the first time a head of state has been called to account before an international court. Arbour has received 39 honorary degrees for her work and in 2000 was awarded the Franklin D. Roosevelt Freedom from Fear award.