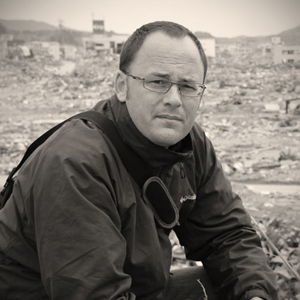 Mark Willacy is an Australian journalist who is currently North Asia correspondent for the Australian Broadcasting Corporation (ABC).

Willacy previously served as Middle East correspondent for the channel, during which time he won his first Walkley Award – Australia’s highest journalism honor- for his coverage of the Iraq war in 2003. He received his second second Walkley for his reportage on the 2011 tsunami in Japan and Fukushima meltdowns. He has reported from over 30 countries for ABC, and in 2010 was named Queensland Journalist of the Year.

The Independent: Sorry, sorry, sorry: As the nuclear radiation crisis at Fukushima deepens, at least TEPCO know the script