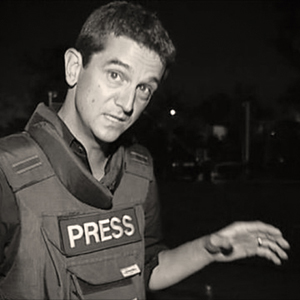 Matthew Price is a foreign correspondent for the BBC. Although he is now based in Brussels as the BBC’s Europe Correspondent, he has extensive experience reporting from war zones. As the BBC’s Belgrade correspondent, he covered events across the former Yugoslavia and Albania, before moving to Jerusalem to cover the Middle East. He has covered the Iraq war, both from the Persian Gulf and from Baghdad.

He has been nominated for a number of awards for his journalism on armed violence and won a BAFTA for his work in Afghanistan following the Taliban’s fall from power in 2002. More recently, he was nominated, alongside Ian Sherwood and Chuck Tayman, for an Emmy in recognition of their work covering Mexico’s drug wars. He was awarded the News Journalist of the Year Award at the Sony Radio Awards in 2011, largely due to his coverage of the Haiti Earthquake.