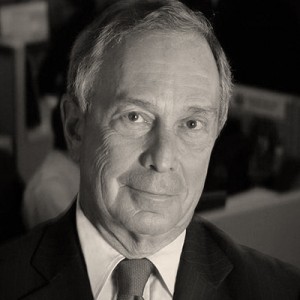 Michael Bloomberg is the current mayor of New York and a successful businessman. He is a prominent supporter of gun control in the US and is co-chair of the coalition Mayors Against Illegal Guns along with 850 mayors from 44 states. The group seeks to impose tighter gun controls in a bid to end gun violence. Bloomberg is also a noted philanthropist, giving away $254 million dollars to 1,400 non-profit organizations in 2009.