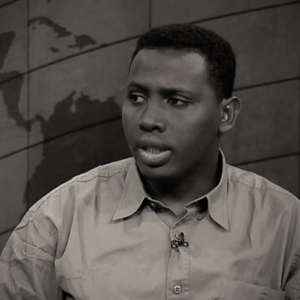 Mustafa Haji Abdinur is a Somali radio journalist. Originally from Baidoa, he started his career as a teacher, but then became first a translator of English radio broadcasts and later a journalist. His career started at STN, a Somali TV and radio network; he later became a correspondent for Agence France-Presse, and eventually started his own radio network, Radio Simba.

Abdinur has focused on the conflict in his home country, and faced significant dangers in doing so: he lives separately from his family for safety. Abdinur has won multiple awards for his coverage, including an International Press Freedom Award from the Committee to Protect Journalists.