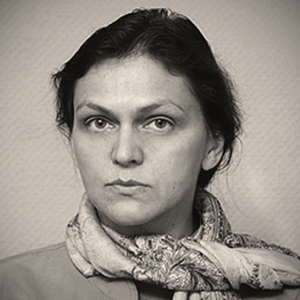 Nadezhda Kevorkova is a war correspondent for Russia Today. She has covered the Arab Spring, military and religious conflicts, and the anti-globalisation movement. Her work as a reporter has taken her to Egypt, Sudan, Palestine, Jordan, Lebanon, Syria, Iraq, Iran, Pakistan and Azerbaijan, among others.

She covered the ‘Gaza Freedom Flotilla’ in 2008, 2010 and 2011 and also visited Gaza several times during the blockade. In 2010, Kevorkova was nominated for the ‘International Women of Courage’ award.

Russia Today: Shiites living next to the Syrian war

Russia Today: Bombed for nothing: everyday life on the Israeli-Gaza border