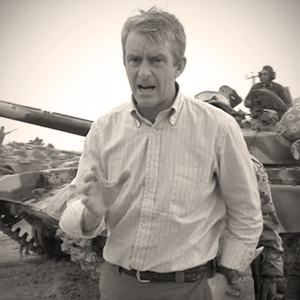 Nic Robertson is CNN Senior International Correspondent who is based in the London bureau. Robertson joined CNN in 1990, and has since been covering conflict zones in Afghanistan, former Yugoslavia, Pakistan, and throughout the Middle East.

In 2001, Robertson was one of the only Western journalists to report on Taliban-held Afghanistan and provided in-depth and up-close coverage.  He has also reported from Iraq during a time of growing tension in 2002-2003.

More recently, Robertson was on the ground in Libya during the Arab Spring, where he interviewed Muamar Gaddafi’s sons Saif al Islam and Saadi Gaddafi aswell as being the first to report live during NATO bombings of the Gaddafi compound.