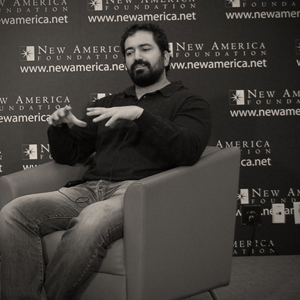 Nir Rosen is an American journalist, photographer and filmmaker who specialises in US foreign policy in the Middle East, Iraq and Afghanistan. Rosen has reported from numerous conflict zones including Afghanistan, Pakistan and Somalia, but is particularly known for his in-depth reports chronicling the 2003 Iraq war.

He is a fellow at the New York University Center on Law and Security, and his work has appeared in The New York Times Magazine, The New Yorker, Rolling Stone, and Harper’s. His first book, In the Belly of the Green Bird: The Triumph of the Martyrs in Iraq, was published in 2006.

His most recent book, Aftermath: Following the Bloodshed of America’s Wars in the Muslim World, was published in 2010 and is about occupation, resistance, sectarianism and civil war from Iraq to Lebanon to Afghanistan.

The Guardian: Gaza: The Logic of Colonial Power