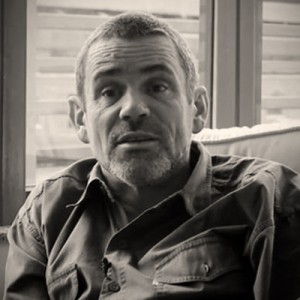 Paul Conroy is a British journalist who has worked extensively in combat zones for the Sunday Times. In February 2012, Conroy was injured in the city of Homs, Syria, after a building he was based in along with several other journalists was shelled by Syrian governmental forces. Following the attack, he was evacuated to Lebanon on a stretcher carried by Syrian activists. His story highlights the dangers faced by journalists reporting from warzones. Since his injuries Conroy has become a prominent advocate against the arms trade. He is currently working on a book on his experiences in Syria.