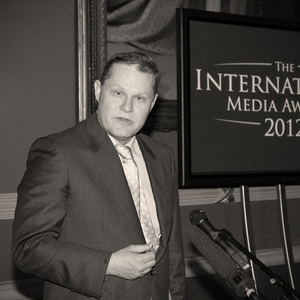 In 2004 his Iraq coverage won both the television prize at the Bayeux awards for war correspondents and a Golden Nymph at the Monte Carlo television festival. He received the Cutting Edge Award 2012 at the eighth International Media Awards.

BBC: The boy killed for an off-hand remark about Muhammad – Sharia spreads in Syria