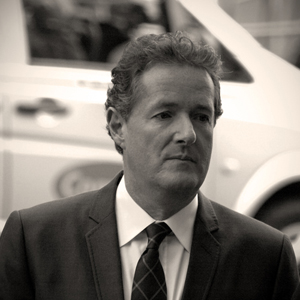 Piers Morgan is a British journalist and television host, who currently presents Piers Morgan Live on CNN. Throughout his career Morgan has consistently taken a non-violent and anti-war approach. For example, whilst he was editor of The Mirror, the newspaper took a strong stance against the war in Iraq.

More recently, in the wake of the 14 December shooting in Connecticut in the United States, Morgan has been an outspoken advocate of gun control laws in the country. Despite heated controversy and threats, Morgan has staunchly supported the issue, for which he won the Sarah Brady Visionary Award in May 2013.

CNN: Pratt: the second amendment means what it says

Daily Mail: If America won’t change its crazy gun laws I may deport myself