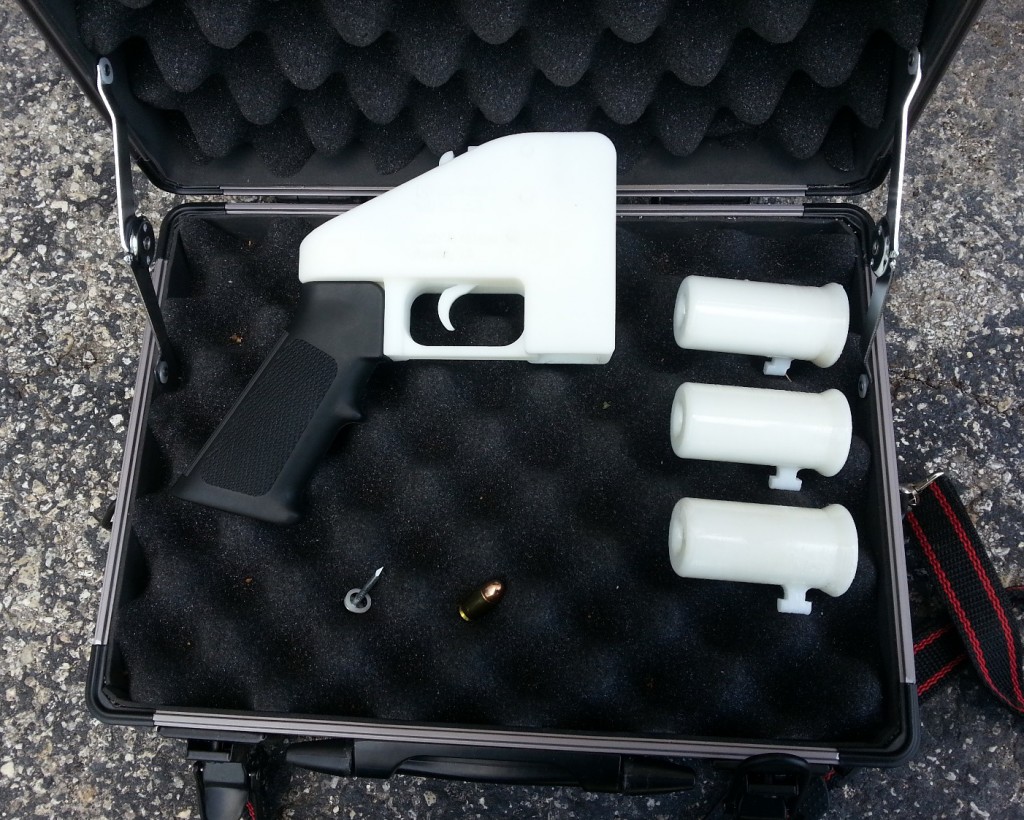 The Liberator pistol – not the world’s most powerful handgun, but one of the most infamous.

Britain has a new law enforcement agency. The new National Crime Agency (NCA), which has drawn numerous comparisons to the FBI, is broadly similar to the former Serious Organised Crime Agency. It shares many of its predecessor’s priorities in terms of dealing with national-level organised crime issues, such as human trafficking, large-scale drug smuggling and cybercrime.

But according to both media reports and the new Serious and Organised Crime Strategy which accompanied the launch of the new agency, the NCA has a new focus as well: 3D printed guns.

Section 4.34 of the new report reads, “We need to develop counter-measures for the imminent risk that 3D printing will facilitate the manufacture of weapons or parts of weapons.” Home Secretary Theresa May also referred to printed weapons as “a matter of growing concern.” These are at the very least indications that the government is aware of the potential of the technology and beginning to consider its response.

3D printed guns are a brand-new technology. The first such weapon was demonstrated earlier this year by a group in Texas. Called the Liberator, it takes its name from a World War II pistol designed to be cheaply manufactured and dropped into occupied countries to equip resistance forces. Like its namesake, it is a crude weapon at best, firing a single low-powered bullet with little in the way of accuracy, reliability or durability.

But the technology is advancing rapidly – already designs for more powerful, reliable and versatile weapons are emerging, and it is possible that many of the practical and logistical obstacles to the spreading of this technology will be overcome sooner rather than later. The particular danger of 3D printed guns is not that they are necessarily more advanced than their manufactured counterparts – it is that their designs can be disseminated universally via the internet and turned into functional weaponry by anyone with access to a piece of consumer hardware.

To be clear, there is no evidence that 3D printed guns have yet been used in any kind of crime. But the British government is right to begin considering the impacts of 3D printed weapons before they are feasible. More often, new weapon technologies have been widely adopted and used prior to the creation of a legal framework to manage them – an approach which does little for those killed and injured in the meantime.

However, the government should also be more transparent about its approach to this emerging issue. In a response to an enquiry from AOAV, the Home Office simply indicated that the Firearms Act of 1968 made the production or possession of a 3D printed gun by an unlicensed individual a crime. But more details were not forthcoming. The Association of Chief Police Officers cited national security in refusing to release any information about its response to the potential threat of criminals printing guns.

The danger with such weapons may be that they will become universally accessible, but the solution is not to hide countermeasures in the shadows.