One of the most exciting technological developments in armed violence reduction may be the ability to predict and forecast where future violence will occur.

But how are these predictions derived and exactly how useful are they?

The future is a Tom Cruise science fiction film

In the film Minority Report, based on a short story by Philip K Dick, Tom Cruise plays a police officer working in the “PreCrime” department of the Washington DC police. His job is to apprehend criminals before they have even committed a crime using intelligence collected from psychics.

In a case of life imitating “art”, new technology developed by the (suitably futuristic sounding) PredPol company is beginning to give police the power to predict where crime will occur before it happens.

Hotspots are identified by examining information from past and present criminal records as well as data from police patrols. This information is analysed using a sophisticated algorithm originally designed to predict aftershock patterns following earthquakes.

When not responding to calls, police are supposed to spend time in boxes generated by the software. Some can be as small as 500 square feet. While in these boxes, they may speak to locals and report problems like broken lights and unsecured properties. 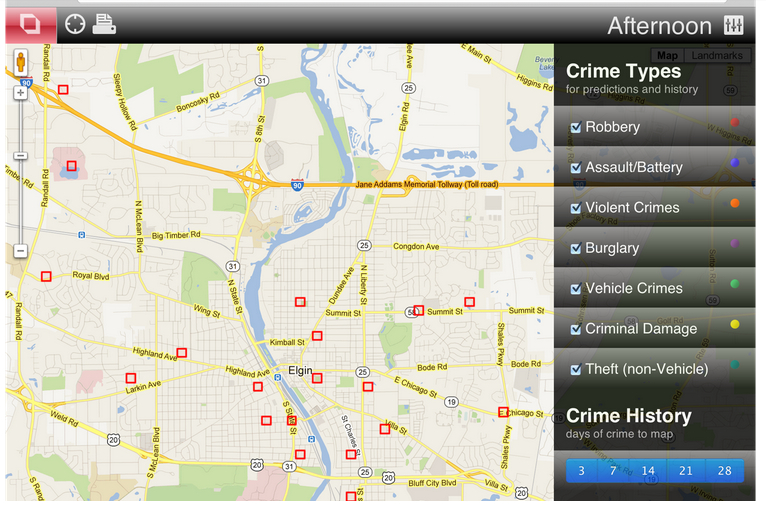 Such software is partly a response to the financial pressures on increasingly stretched police forces. The technology is designed to ensure that police are actively preventing crime and not simply reacting to it. Although these types of “up-stream solutions” can produce less tangible effects and do not necessarily lead to more arrests they have the potential to be a more cost-effective solution.

The program has been used in a number of districts in the US and UK. In the Foothill neighbourhood of Los Angeles, property crime fell by 12% within six months of PredPol being deployed. In neighbouring areas there was a 0.5% increase.

It is, however, important not to overstate the capabilities of this new technology. During a four month trial in Kent, only 8.5% of all street crime occurred in areas flagged by the PredPol software- the vast majority occurred in other areas. As a comparison, human analysts were able to predict where 5% of these crimes would occur. So while the technology is offering improvements, it still has some way to go.

Dr George Mohler, co-founder of PredPol, said that “while no single strategy can end gun violence, predictive policing gives officers a significantly better idea of when and where to be so that they can deter crime. If we can prevent just one gun crime, that will mean one less neighbor, friend, or family member who becomes a victim.”

History doesn’t repeat itself but it does rhyme

Analysts are also seeking to better use the huge quantities of data which are being generated from social media and other networked sources in order to better understand and predict future security challenges.

After the failure of many governmental intelligence agencies to predict the events of the Arab Spring, organisations are looking to technology to improve the forecasting of future shifts in security situations.

Ethnographic Edge is a London-based company who look at past crises to see patterns which may provide clues as to when future conflicts will break out. They focus on Asia, Europe and the Middle East and claim that their method, which combines data analysis with ethnographic research, has had an accuracy rate of over 80% in the last two years, and successfully predicted shifts in Iran, Turkey and North Korea.

The first stage of the process uses software to measure the level of positive or negative sentiment expressed in news articles, blogs and search trends in order to get a picture of the tension and trust which exist between sides of a conflict. These articles are assigned a value so that it is possible to visualise changing levels of trust between parties to a conflict.

By understanding what these levels were before, during and after a crisis it becomes possible to forecast future events. 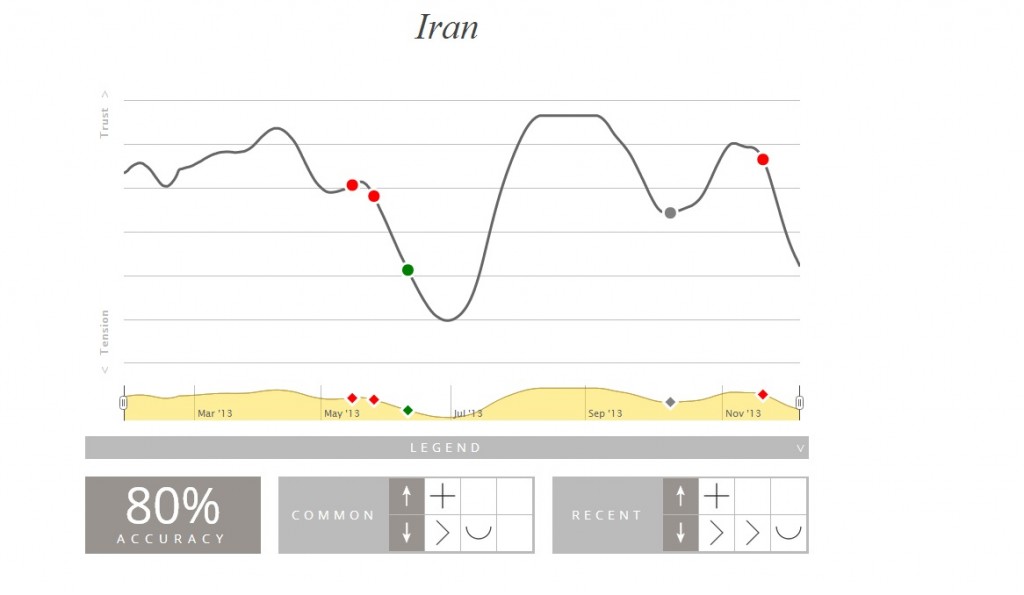 Once a potential crisis has been flagged it is reviewed using fieldwork to understand what exactly is happening and what social influences might be motivating decision makers.

Ethnographic Edge envisage their research as a tool to anticipate and minimise potential risks to NGOs, UN agencies and multi-national corporations. It’s also possible to imagine how information like this can help make better foreign policy decisions.

Applying these technologies to local conflicts is difficult not just because of a lack of money, but also because the quantity and quality of data necessary for these programmes to work in somewhere like rural areas of Liberia simply does not exist.

One of the major lessons that PredPol and Ethnographic Edge teach is that counting the cost of violence and recording accurate data can lead to promising new measures to reduce it. Such technology is a remote possibility in many areas largely because the extensive and detailed records which are needed are not being kept. It is vitally important that states count the cost of armed violence in both urban and rural regions so that more people can eventually benefit from this technology.

Being able to foresee where future violence will occur is only useful if the information leads to effective action. It must inform changes to policy and practices otherwise it risks becoming a tool more useful for investors and speculators than the actual victims of armed violence.