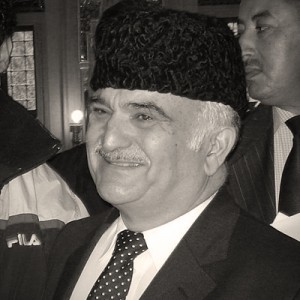 Prince El Hassan Bin Talal is a member of the Jordanian Royal Family and an influential humanitarian. Prince Hassan has joined and founded multiple projects that have worked to promote peace and non-violence throughout the world. His interests include security, dialogue and multilateralism. He is on the Committee of the International Crisis Group and is a former president of the Club of Rome. Prince Hassan was awarded the Niwano Peace Prize in 2008 and is an honorary graduate and patron of the University of York in recognition of his contributions to the field of post-war reconstruction and development.