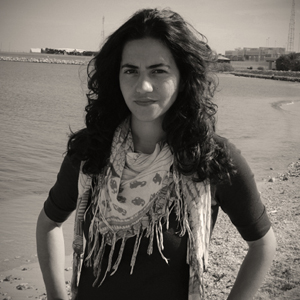 Rana Jawad is an academic and journalist who has reported on the Middle East and North Africa. One of only two foreign correspondents based in Tripoli in February 2011, in the midst of the protests which led to the Libyan civil war, she contributed some of the first reporting from the conflict. After covering the conflict for BBC Radio News for several days, she had to go into hiding, out of fear for her safety.

Having misinformed the Libyan authorities about her whereabouts, she went underground and began a series of reports using the pseudonym “Tripoli Witness” to report life in Muammar Gaddafi’s capital city during the uprising and NATO intervention. To safeguard her identity, her dispatches were read on the air by a male colleague. After the war ended, she wrote a book about her experiences, Tripoli Witness: The Remarkable First Hand Account of Life through the Insurgency.

BBC: Libyans trying to move on from Gaddafi