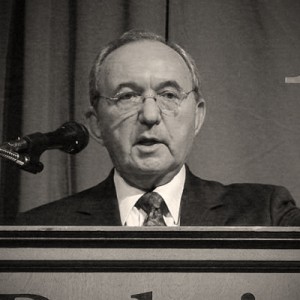 Richard Goldstone is a former South African judge who served on the Appellate Division of the Supreme Court of South Africa from 1990 to 1994, making several key rulings which undermined apartheid. Between August 1994 and September 1996, Goldstone was Chief Prosecutor of the UN International Criminal Tribune for Yugoslavia and Rwanda. In 2009 he headed the UN fact finding mission to investigate the conflict in Gaza. Goldstone was the first person to be granted the title, “The Hague Peace Philosopher,” in 2009 and holds honorary degrees from the University of Notre Dame, the University of Maryland and the University of Glasgow.