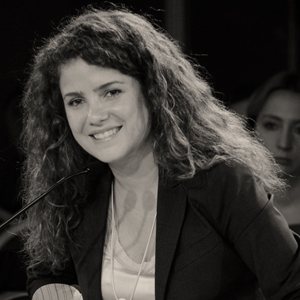 Rima Maktabi is a Lebanese journalist and presenter. A former presenter for al-Arabiya’s prime time news, she gained international recognition for her coverage of the 2006 war between Israel and Hezbollah.

Maktabi has received awards from the Lebanese American University in Beirut and the Sheikh Mohamed Bin Rashed Foundation in Dubai. She later joined CNN for two years, where she hosted the program’s Inside the Middle East series.

As of October 2012 Maktabi has returned to al-Arabiya.