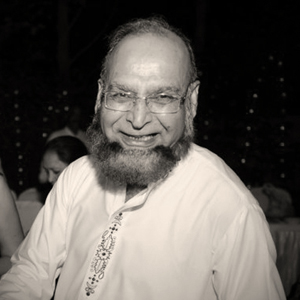 Sami Zubeiri is a Pakistani journalist who worked at AFP for 35 years. In 1979, he broke the news of the Soviet invasion of Afghanistan.

Since then, he has covered many of the major events in Pakistan and Afghanistan, including the execution of Zulfikar Ali Bhutto, the hijacking of Pan Am Flight 73 in 1986, and Pakistan’s nuclear tests in 1998.

More recently, he has covered the storming of Pakistan’s Red Mosque in 2007, the death of Osama bin Laden in 2011 and the US drone campaign in the Afghan/Pakistani border region.

AFP: Pakistan tells US to leave ‘drone’ attack base