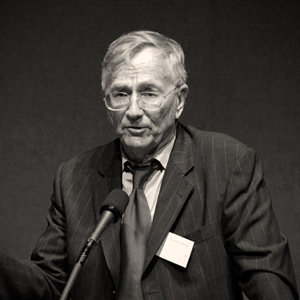 Seymour M. Hersh is a regular contributor for The New Yorker magazine. During his long career he has written extensively on security and military matters. Hersh established himself as a prominent investigative journalist thirty-five years ago when he broke the news of the 1968 massacre at My Lai, Vietnam. His reporting on the massacre won a him a Pulitzer Prize.

He went on to break stories about how the US government had supported Augusto Pinochet’s 1973 coup in Chile, secretly bombed Cambodia and used the CIA to spy on its domestic enemies. In 2004, Hersh exposed the Abu Ghraib prison scandal in a series of pieces in The New Yorker called “Torture in Abu Ghraib”.

His many awards in journalism and publishing include a Pulitzer Prize, five George Polk Awards, two National Magazine Awards, and more than a dozen other prizes for investigative reporting. Hersh is the author of nine books.

The New Yorker: Our Men in Iran?