Nearly 93,000 people have been killed in Syria between March 2011 and April 2013 according to UN data. This number includes 6,561 children.  One of the biggest killers in Syria has been the use of explosive weapons. They are of particular harm to civilians. It is estimated that: 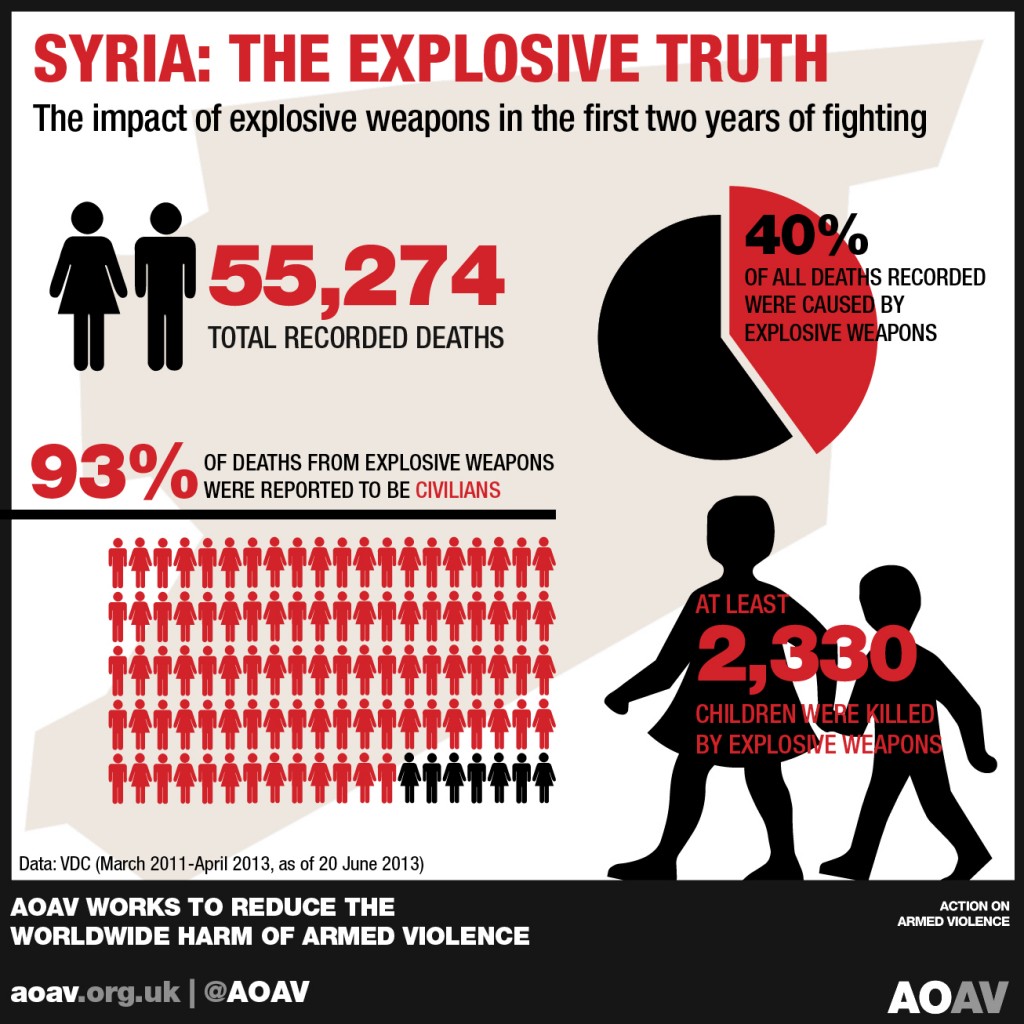 To this end, AOAV has shown that in 2012 Syrian civilians made up 95% of the casualties in those incidents when explosive weapons were used in populated areas.

The ratio of civilian casualties compared to armed actor casualties is starkly illustrated in this graph:

The five hardest-hit provinces of Syria in 2012 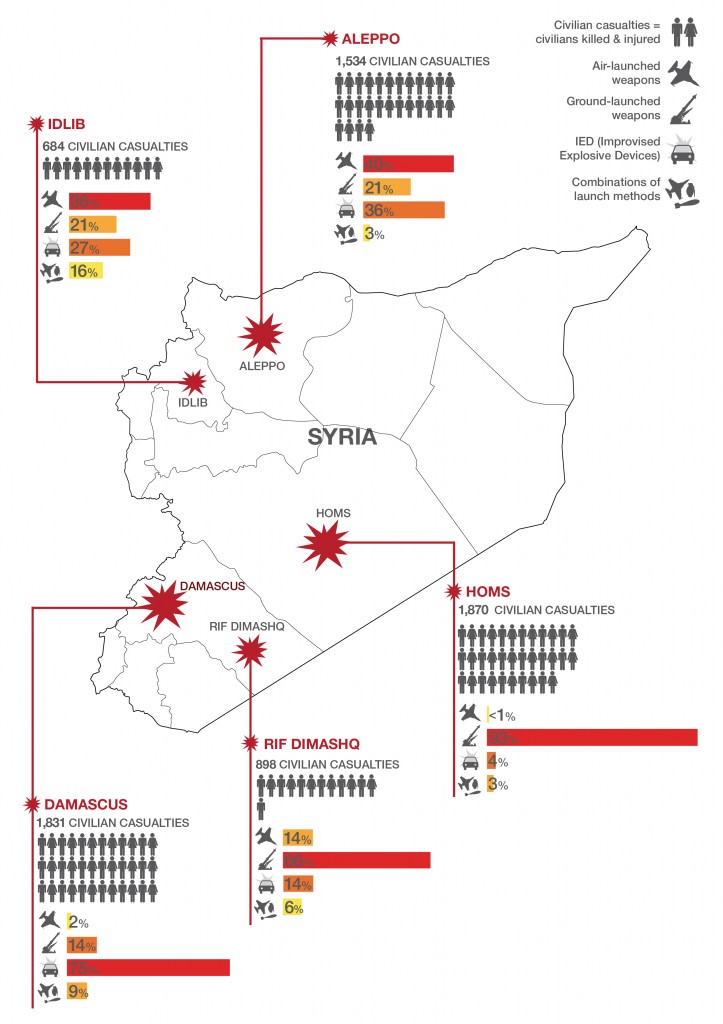 What are explosive weapons?
Explosive weapons are weapons that share common characteristics.  They cause injuries, deaths and damage by projecting explosive blasts, heat, and fragmentation around their point of detonation. These weapons come in a wide manner of shapes and sizes, including munitions such as missiles, rockets, mortars, grenades and improvised explosive devices (IEDs).

(1) In 2012, 91% of the casualties of explosive violence recorded by AOAV were civilians. AOAV records the impacts of explosive weapons around the world based on English-language media reports. The nature of reporting from conflict zones such as Syria means that many casualties could not be recorded under AOAV’s project methodology. No claims are made that this data represents every incident and casualty of explosive weapon use in 2012.

(2) The definition of a populated area used by AOAV is based on Protocol III of the 1980 Convention on Certain Conventional Weapons. See Henry Dodd and Robert Perkins, “An Explosive Situation: Monitoring Explosive Violence in 2012” AOAV, April 2013