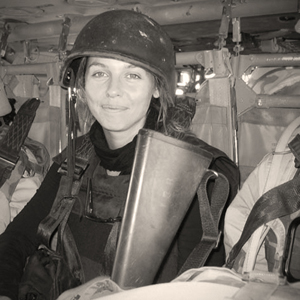 Teresa Bo is a Latin America correspondent for Al Jazeera English. A native Argentinian, she investigates the underside of Argentinian politics and has reported on political corruption and ballot stuffing. She has also carried out major investigations into the ‘war on drugs’ from Colombia, Bolivia and Peru.

Before joining Al Jazeera, Bo was based in Iraq and reported for BBC Spanish and CNN. She covered the US invasion and its aftermath, including the 2004 US Marine attack on the city of Fallujah. Teresa has won two major awards in Spain for her Iraq coverage, including the prestigious Lara Prize for Best Journalist Under 30 years old.