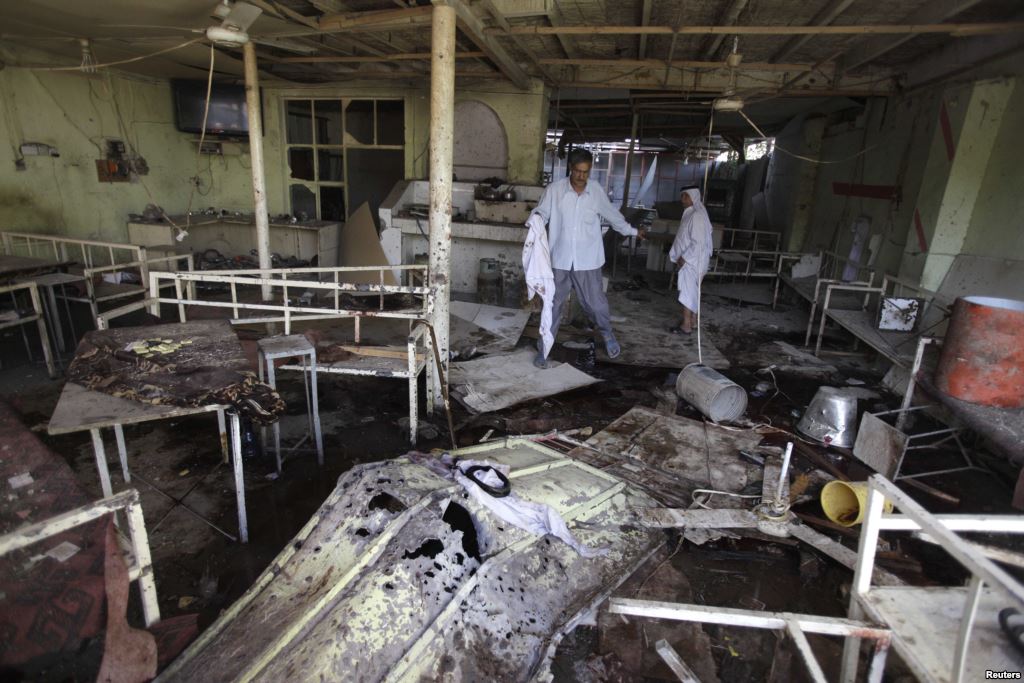 Iraq’s descent into chaos seems to be happening again.  This weekend, a café in central Iraq was the target of a suicide attack.  This is horror enough, but when you learn that it is the second suicide attack in as many months, it sends out a clear message as to what Iraq has become.

This Saturday’s car bomb attack in the largely Shia town of Balad, around 80km north on Baghdad, killed at least 13 people and injured 32.

The previous attack on the 12 August resulted in 16 dead and 35 wounded.

One café with almost 30 customers and staff killed in the space of 60 days, and yet it struggles to get headlines.

It seems that in modern day Iraq drinking coffee is a risky activity.  The last few months have seen numerous attacks on cafés, with sectarian militants targeting crowds so as to inflict the maximum possible number of civilian casualties.

And they are succeeding.

The recent attack in Balad was part of yet another violent weekend across Iraq with AFP reporting at least 73 dead in shootings and bombings.

In one of the most shocking incidents a suicide bomber drove a truck packed with explosives into the playground of a primary school in northern Iraq on Sunday. Fourteen children were killed along with their headmaster.

In the largest attack of the weekend at least 49 people were killed by a suicide bombing targeting pilgrims in the Adhamiyah area of northern Baghdad. A policeman at the scene of the blast described seeing ‘pools of blood, shoes and flesh.’

A painful pattern
This weekend’s violence is part of a depressingly familiar pattern. At least 887 civilians were killed and a further 1,957 injured by armed violence in September alone according to the United Nations.

It’s official: Iraq has returned to levels of violence unseen since the height of the civil war in 2008. 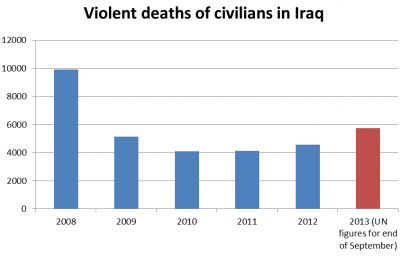 And what these figures don’t talk about are the long term impact this storm of violence has on families and businesses, repercussions of financial loss and hardship that inevitably follow the bomber’s blast. Damage to infrastructure and the death or injury of the breadwinner means that many more suffer than just those who die on the scene.

Reporting on this weekend’s violence in the international media has been patchy at best.

Part of this is down to local restrictions. AFP reporter W.G. Dunlop has claimed journalists with government authorisation are regularly barred from approaching the sites of bomb attacks and from otherwise freely reporting in Baghdad.

But part is also down to editorial ennui. Iraq no longer gets the front pages.

As Iain Overton, Director of Policy at AOAV argues: “Iraq should not be allowed to drop off the radar of the international community or merely be considered a problem that belongs to the last decade. In particular, attention needs to be paid to IEDs and suicide attacks – horrors of conflict that inflict countless casualties. Attention also should be focused on supporting the victims of these cowardly attacks.”

Because if we let Iraq drift into the shadows, it will be a dark future indeed.