The Chemical Weapons Convention (CWC) has been in force for over 15 years. And it’s impact is still relevant to day: the international community uses this instrument to help them eliminate the possibility of developing, producing, using, stockpiling or transfering these dreadful weapons forever.

This brief overview offers an understanding of how the States Parties to this disarmament treaty are transforming their pledge to renounce chemical weapons into reality.

Over 98% of the world’s population lives within territories where the CWC has become the law. Only a few remain outside the 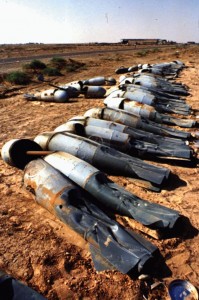 A Global Convention to Ban Chemical Weapons
The CWC aims to eliminate an entire category of weapons of mass destruction by prohibiting the development, production, acquisition, stockpiling, retention, transfer or use of chemical weapons by States Parties. States Parties, in turn, must take the steps necessary to enforce that prohibition in respect of persons (natural or legal) within their jurisdiction.

All States Parties have agreed to chemically disarm by destroying any stockpiles of chemical weapons they may hold and any facilities which produced them.

They have also agreed to do the same to any chemical weapons they abandoned on the territory of other States Parties in the past.

States Parties have also agreed to create a verification regime for certain toxic chemicals and their precursors in order to ensure that such chemicals are only used for purposes not prohibited.

A unique feature of the CWC is its incorporation of the ‘challenge inspection’, whereby any State Party in doubt about another State Party’s compliance can request the Director-General to send an inspection team.

Under the CWC’s ‘challenge inspection’ procedure, States Parties have committed themselves to the principle of ‘any time, anywhere’ inspections with no right of refusal.

Making the Convention Work
To make sure that the CWC is implemented effectively, States Parties are obliged to designate or establish a National Authority.

This body escorts inspections of relevant industrial or military sites; submits initial and annual declarations; assists and protects those States  Parties which are threatened by, or have suffered, chemical attack; and fosters the peaceful uses of chemistry.

In addition, the National Authority acts as the focal point in the State Party’s interaction with other States Parties.

Every State Party must implement the provisions under the CWC at the national level. This includes enacting penal legislation encompassing all activities prohibited. Each State Party is obliged to provide other States Parties with its fullest cooperation to expedite prosecution. Legal experts have formed regional networks to facilitate the adoption of national legislation that bans and criminalises the misuse of chemicals as weapons.

Chemical Weapons Destruction Under Way
The 7 States Parties (An undeclared state party, Albania, India, Iraq, the Libyan Arab Jamahiriya, the Russian Federation, and the United States of America) which have declared having ownership of chemical weapons have agreed to destroying 8.67 million items, including munitions and containers containing in total, 71,196 metric tonnes of extremely toxic chemical agents.

Of these seven, Albania, India and a third country have completed destruction.

Industry verification and non-proliferation
The world’s chemical industry manufactures the compounds we depend on in our daily lives. Some very common chemicals can, if misused, be employed directly, or through further synthesis with other substances, as chemical weapons.

Resources from a Voluntary Fund for Assistance, as well as individual offers of equipment and trained personnel, are available, should the need arise to swiftly dispatch assistance and expertise.

Status of Participation in the CWC
States Parties already represent about 98% of the global population and landmass, as well as 98% of the worldwide chemical industry. The OPCW provides all States not Party to the CWC support in preparing to join the CWC and to effectively implement the global ban on chemical weapons. It is the fastest growing international disarmament organisation in history. The United Nations has called upon all States to join the CWC and to rid the world of the threat chemical weapons pose to international security.

So, Israel, Myanmar, Angola, Egypt, North Korea, South Sudan have either not yet ratified or signed/acceded to the Chemical Weapon Convention.
Source: OPCW