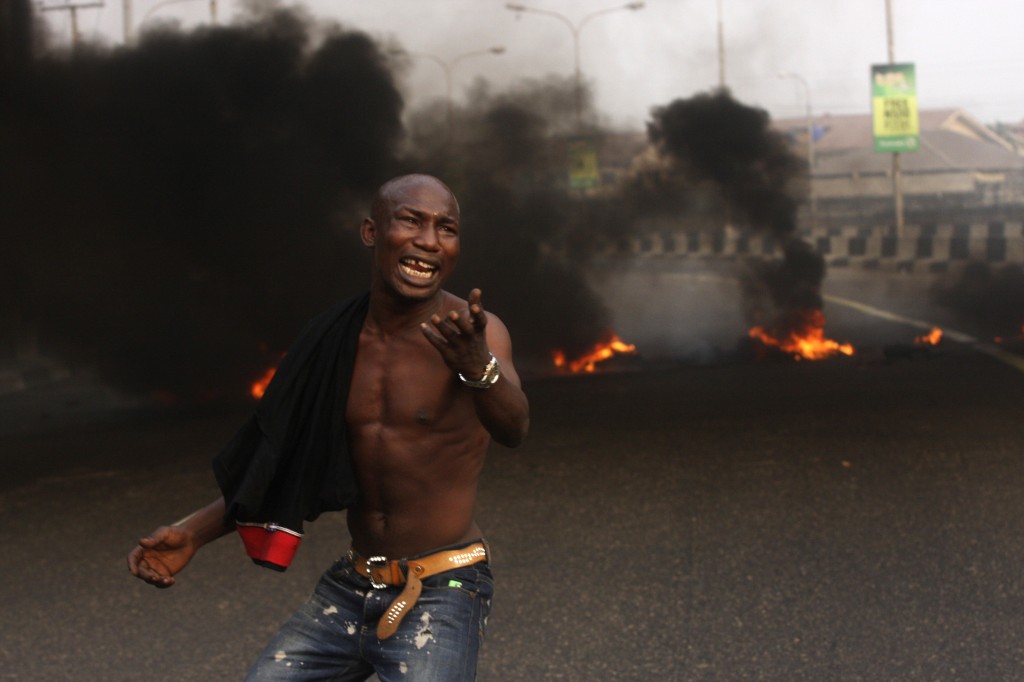 A angry youth protest in front of a burning barrier following the removal of a fuel subsidy by the government in Lagos, Nigeria. (AP Photo/Sunday Alamba)

Amongst the findings of the report are: that porous borders within the North East zone have made it possible for weapons to enter Nigeria from abroad; that violence in the South South is inextricably linked to oil exploration; that armed violence in the South West is largely of a political nature; and that clashes between nomadic and indigenous people nationwide are frequently underreported.

The report highlights stark realities of armed violence in Nigeria: that the proliferation of street gangs and drug use is deeply intertwined; that there is a worrying trend of extra-judicial killings by law enforcement agents; and that there is the widespread underreporting of gender-based and domestic violence.

The report finds an endemic level of impunity for many of those involved in committing armed violence in Nigeria. The conclusion is simple: perpetrators of violence should be brought to justice irrespective of who they are. Impunity, the report concludes, will only be combated with a rigorous analysis of the existing judicial system, including factors like quality of life for prisoners, rates of re-offending and re-integration and rehabilitation.

The report also acknowledges the particular vulnerability of youth and the need to address vulnerable groups in order to pre-empt their descent into armed violence. AOAV and NWGAV also believe there must be national minimum standards for victim assistance, and that there should be more research into whether there is a lack of even reparations in victim assistance across Nigeria.

An online version of The Violent Road can be found here.