Politics
The Federal Capital Territory (FCT) is the political capital of Nigeria, located in the country’s North Central region.85 Politics and armed violence are closely intertwined in the territory: spikes in violence have been closely linked to electoral cycles in 1999, 2003 and 2011. In common with other urban areas, FCT witnesses a high rate of political demonstrations, some of which lead to violence and wider unrest.

Economics
Standard proxy indicators which highlight dimensions of poverty typically include maternal health, education and illiteracy. Across a range of these measures, the FCT region performs relatively well. Approximately 45.5% of the population live in absolute poverty compared to a national average of 69% and an average urban rate of 52%.86 The territory also performs relatively well across other indicators of poverty.

For example, the FCT has some of the lowest rates nationally of respondents reporting they have no educational attainment whatsoever.87 These aggregate rates, however, likely mask sharp discrepancies in the living conditions of wealthy inhabitants, and those residing in overcrowded settlements. 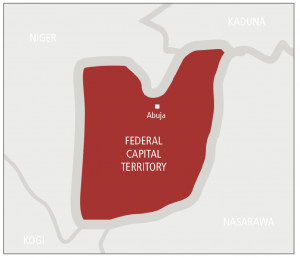 The 2006 national census records the Federal Capital Territory as covering an area of 7,754 square kilometres with a population of 1,406,239 (These figures are from the 2006 census – estimates suggest this could be as much as 2.2 million in 2013) and a population density of 192 people per square kilometre. It accounts for 1.3% of Nigeria’s total population and has a population growth rate of around 3% annually.88 The region’s population is predominantly Christian,89 and in common with much of the North Central region, the territory is highly ethnically diverse, with no single large ethnic grouping dominant in the area.90

Despite it being the political capital, one key demographic characteristic of the FCT is that over 60% still live in the rural areas across the six area councils. There has long existed the problem of urban priority in the FCT; since most government establishments are located in the Municipal area of the territory, this part of the FCT enjoys the privileges of resources and state aid. However, as high land values within the municipal council have caused people to commute from other parts of the territory this lack of a balance in state allocated resources might be changing. Also, some government agencies have relocated outside the Municipal area suggesting that, over time, the ‘primacy’ of the Municipal area will diminish.

Armed violence
The FCT experiences relatively low levels of armed violence overall. The Nigeria Security Tracker recorded just 34 fatalities from armed conflict in the territory since May 2011.91 Over half (56%) of the political violence recorded in the ACLED dataset for the territory involves rioting or protesting. The territory also sees a relatively low proportion of violence against civilians (27%) compared to the national average (41%).92

Neither figure takes exclusively criminal armed violence into account: according to Nigeria Watch, FCT has the second highest relative number of deaths due to crime in the country.93

In addition to political unrest and criminal violence common to urban areas, the territory also serves as a target for violence from other hotspots. Armed groups based elsewhere in the country have been known to target their violence in the capital to draw attention
to their actions and direct violence at focal points of national and international power. Bombings in October 2010, December 2011 and August 2011 involving federal government and UN targets are examples of the risk factors that characterise the capital territory.94

The majority of the organisations recorded here are headquarters, with activities in operation on a national or regional scale. 29 organisations were surveyed in Abuja.

Civil society in Abuja shows the strongest financial capacities and large geographical reach of all civil society bodies across Nigeria. The NGOs mapped in Abuja have higher annual budget than NGOs elsewhere. Five out of the nine organisations operate on more than 15 million Naira annually. Their geographical coverage is also significantly larger than average. 69% of the organisations interviewed in Abuja work at the national scale, as opposed to the national average of only 39% of actors working at such levels. 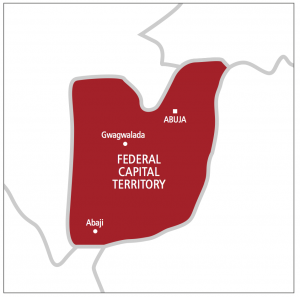 Overview of armed violence in the state

Levels of violence
In common with other urban areas, the FCT witnesses a high rate of political demonstrations, some of which leads to violence and wider unrest, although the territory experiences relatively low levels of armed violence overall.

The Nigeria Security Tracker recorded just 34 fatalities from armed, violent conflict in the territory in the 12 months after May 2011.96

Over half (56%) of the political violence recorded in the ACLED dataset for the territory involves rioting or protesting. The territory also sees a relatively low proportion of violence against civilians (27%) compared to the national average (41%), although 68% of reported conflict-related fatalities in the territory between 1997 and August 2013 can be attributed to civilian targeting in attacks.97 This indicates that while violent attacks on civilians are relatively low, the intensity of these attacks – as several high-profile incidents show – is relatively high.

None of these figures, however, take exclusively criminal armed violence into account, which is highest in urban areas such as Abuja, Lagos and Port Harcourt. According to Nigeria Watch, Abuja has the second highest relative number of deaths due to crime in the country, preceded by Lagos.98 According to the CLEEN Foundation, 51% of Abuja’s population has experienced crime in 2011.99

In addition to urban unrest and armed criminality common to urban areas, as the political capital of the country, the territory also serves as a target for violence from other hotspots around the country. The result is that the capital has also seen several bomb blasts. In October 2010, a double car-bombing in Abuja was carried out by Niger Delta militants.100

The following year, Boko Haram claimed responsibility for a car bomb that killed at least 18 people in a suicide attack at the UN headquarters in the city.101

This twin bomb explosion seems to have triggered what is becoming an extremely long, tragic string of deadly explosions in Nigeria. A total of nine explosions have been recorded in the FCT with casualties numbering up to 60 since then. However, there are cases of attempted explosions that were foiled by the police. One of such occurred on 19th July, 2012. The explosive device was planted under a mango tree where pupils buy biscuits and drinks.

Perpetrators and victims of armed violence

The most common types of armed violence in the FCT are armed robbery and terrorist attacks. In cases of rape and armed robbery, perpetrators are often repeat offenders or, in some cases, members of law enforcement agencies.

It seems there is evidence of state institutions supplying guns to criminal gangs. In 2012 two police inspectors and a customs inspector were arrested for allegedly supplying arms and ammunition to armed robbers. This followed the arrests of armed robbers in Abuja, who confessed to getting their arms and ammunition from a customs official attached to the Niger State command. In a similar case, a comptroller of customs and his orderly were arrested for gun running in 2012 by the State Security Service (SSS) at Customs Headquarters, Wuse, Abuja. 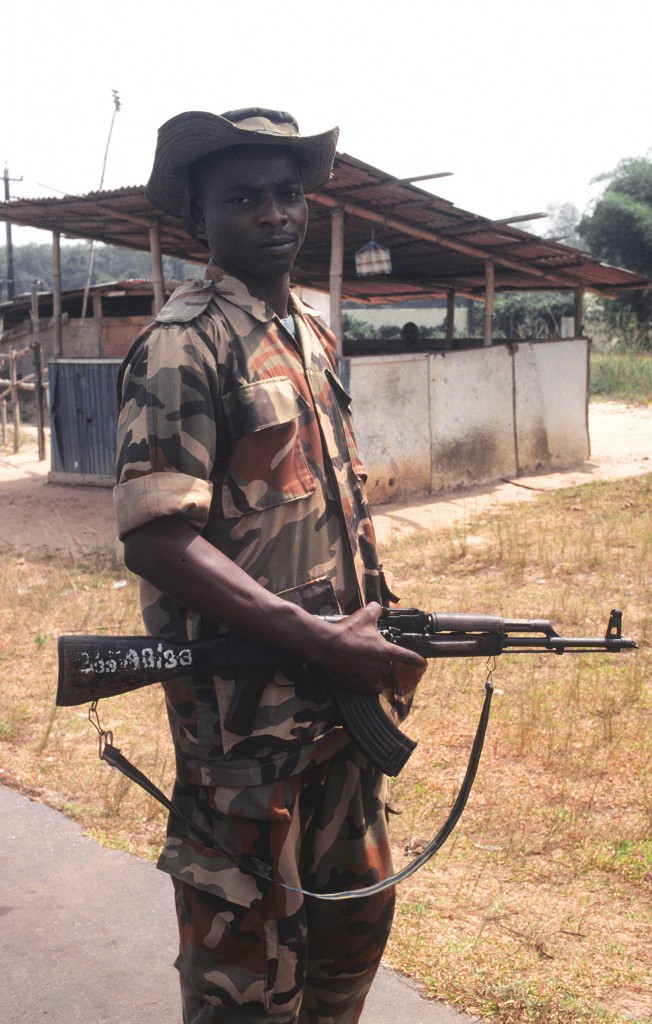 A member of the Nigerian security forces

The state institutions that are most frequently employed to address issues of armed violence are the police and the army. The major efforts that have been put in place are the use of community policing (in the case of armed robbery) and posting policemen to areas at risk of attack. In addition, speed breakers and roadblocks are mounted in some places to forestall suicide bombers driving into buildings. Cameras have been installed at entrance and exit points of Abuja.

AOAV’s mapping of armed violence respondents surveyed 29 organisations working in this area in the capital, many of which had their headquarters located here. Abuja is the location of the headquarters of the ECOWAS Commission, and the base of most international organisations with a presence in Nigeria, thus constituting the primary political centre of the country.102

The NGOs mapped in Abuja have higher annual budget than NGOs elsewhere: five out of the nine organisations operate on more than 15 million Naira annually. Their geographical coverage is also significantly larger than average. Of the organisations interviewed in Abuja, 69% work at the national scale, as opposed to the national average of only 39% of actors working at such levels.

Successes and challenges
In common to a number of violence-affected contexts was the limited collaboration or cooperation between civil society organisations and the formal security sector, even in Abuja where resources at the disposal of civil society organisations were higher and the physical distance to government institutions was smallest. This arrangement reflects in some contexts a fear of being seen to associate with the formal security apparatus for fear of being targeted by militants on this basis, indicating the vulnerability of even those working to reduce and address armed violence.103