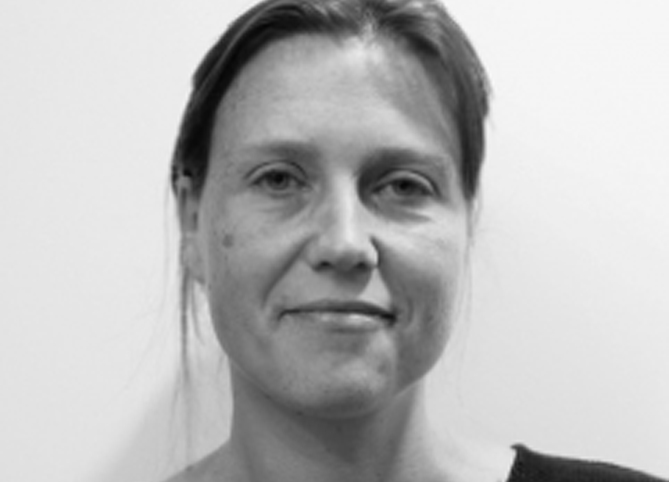 Anastasia Moloney is the Latin America and Caribbean correspondent for the Thomson Reuters Foundation based in Bogota. AOAV met her to discuss the problems facing Colombia, including drug violence and the widespread use of landmines in the country.

AOAV: Who do you work for?

Anastasia Moloney: I am the Latin America and Caribbean correspondent for the Thomson Reuters Foundation based in Bogota.

AOAV: How long have you been working in this area?

AM: I have been living in Colombia since 2002, and working for the Foundation for four years. Before that I was a freelance journalist.

AOAV: What is the main point of your work with the Foundation?

AM: To shine a spotlight on invisible humanitarian crises which are otherwise ignored. For example, many people still do not know that Colombia has one of the highest, if not the highest, numbers of displaced people in the world, with 5.5 million internally displaced refugees. There is also a huge landmine problem in Colombia. And all other humanitarian aspects which come with a prolonged armed conflict, such as child soldiers and sexual violence problems. I try to make sure these issues get out in the international press.

AOAV: There seems to be a real focus on Iraq and Pakistan in the international press, and less so on Latin America.  Why do you think that is?

AM: It makes sense that there is little focus on Latin America in the British press, since there is very little historical connection with Latin America. Colombia simply does not feature in foreign policy in Britain, and Latin America is not a priority as a continent. Places where UK troops are based are always going to generate more interest. Generally in the UK and Europe, apart from in Spain, the press are not that interested in what is happening in Colombia.

The US has more interest in Colombia, because it is a huge aid and military donor, and due to the Hispanic population in America.

AOAV: The levels of Armed Violence you see when you look at the statistics in places like Honduras and Guatemala and Colombia are off the scale compared to other parts of the world. Why do you think Armed Violence of a certain type exists so concentratedly in Latin America?

AM: The short answer is drugs. People try to steer away from the drugs issue, and I’m often accused of belittling things because I say the violence and conflict are related to drugs. But all of the violence is indirectly related to the drugs question. Colombia continues to be one of the world’s leading producers of cocaine and is a route for drugs trafficking networks. A lot of the violence also relates to the fact that these countries have weak rules of law of governance and general weak government. This has allowed drugs traffickers to come into the countries and cause so much violence.

AOAV: Where are the drugs generally headed? Are they consumed locally or is it an international issue?

AM: It is an international issue. From Colombia the drugs go through the Pacific coast through Panama, Central America and Mexico, on their way to the United States. However, what’s interesting at the moment is that it has also become a local issue, in that demand locally for cocaine and synthetic drugs is increasing among young people in Colombia. Actually, a lot of the fighting is small town micro trafficking. It is the battle of the local consumer that is fuelling the drug violence at the moment.

AOAV: Have you been impressed by any local attempts to reduce the violence that the drug wars may cause? Local meaning local government or local initiatives that might intervene and reduce the impact of violence.

AM: No not really. There is still a huge amount to do as far as prevention is concerned. There is a lot of focus on the consequences of armed violence but not enough is done on prevention. A few local organisations are trying to build up a group of community leaders to attempt to prevent kids from joining gangs in the first place. But ultimately it is an employment and job opportunities issue. The root causes as to why people end up in gangs ultimately relate to poverty and a lack of opportunity in the slum areas in Colombia’s big cities and in Central America. There is simply no other viable option for people.

AOAV: In terms of understanding the scale of the drug problem, do you think there is a comprehensive auditing or counting of the impact of drug deaths or violent deaths linked to armed violence?

AOAV: Your focus is on Colombia but you have a remit to look at other countries in the area.  Do you think that the armed violence issues affecting Colombia are unique, or are there repeated themes in every country in Latin America?

AM: I think Colombia is unique in the sense that the drugs fuel the armed conflict, and the drugs are a major source of income for the FARC, Colombia’s main guerrilla group. That is not the case in other countries. However, the effects of drug violence are the same. It means a lot of deaths and a lot of displacements. I don’t think that people know how many people are displaced because of drug violence.  I think that it is a particular problem in Central America and I know that there are neighbourhoods outside capital cities which have become ghost towns, like in Mexico, because people are too afraid to live there or have been forced to leave.

AOAV: Would you say that the situation is getting worse or better?

AM: If there is a peace deal in Colombia, it will only solve minimal problems. The drug groups are not small time drug groups; they are sophisticated, organised crime networks. They are causing a lot of displacement, violence and deaths. The FARC and the guerrillas are only one factor, with major problems being caused by organised crime networks in Central America, particularly Guatemala, El Salvador and Honduras.

AOAV: We hear a lot about the types of violence in Northern Mexico. Are we looking at a similar level of violence in Colombia, with violence such as decapitations and very personal violence?

AM: I think that the difference between Colombia and Mexico in terms of violence is that in Colombia the violence is much more low profile. There are more disappearances here, which are not counted as deaths because a body never turns up. Some Colombians will tell you that some Mexicans learned their methods of violence from Colombia, and that if you want to send a message or sow terror, you need to do things like decapitations to tell communities ‘don’t mess with us.’ But that is not the way that Colombian drug gangs operate.  They prefer to be much more quiet and invisible, and that means more disappearances.

AOAV: Away from drugs, there are other issues of violence caused by things like landmines, affecting people here.  Can you give us an overview of why the landmine situation is so bad in Colombia?

AM: It’s so bad because landmines are the number 1 weapon of war for the FARC.  They are cheap handmade weapons, which require very little money and very little training to put together. They are a key way to reduce troop morale in the army and they really do slow down the government military offensive in some areas. If you ask a soldier what the biggest enemy out there is, they won’t say coming across a FARC guerrilla. They will say landmines. This is something that the FARC will take full advantage of. The other problem is that simply no-one knows how many landmines there are in Colombia, and they don’t know where they are. Even if a peace deal is signed, it will be a huge problem to clear landmines quickly because no-one knows where they are.

AOAV: You’ve painted quite a grim picture of Columbia.  Have you come across any initiatives you think are optimistic?

AM: Without a doubt. The optimism comes from the fact that there is government will to recognise the victims of the conflict. Two major pieces of legislation under the current government have without a doubt acknowledged that there was an armed conflict going on in Colombia. This is something in itself since the previous government termed the conflict as a war on terror or a war against terrorists. Once the government admitted that there was an internal armed conflict, initiatives could be implemented to help the victims of Colombia. As I said before, there are 5.5 million victims on a registered list, of with 80% are displaced persons. There are now ways for victims to get financial compensation, to get justice, and to feel like they are being listened to. It’s a very slow process, with lots of obstacles, stumbling blocks and bottlenecks. However, people are being compensated, victims are being recognised, and there is a huge push to bring people back to their lands. The Land Restitution Law is working slowly, and there are communities who are slowing going back to their lands. Obviously rural development and agriculture are different issues, and relate to infrastructure problems.  However, there is recognition, and I think that is a cause for optimism.

AOAV: Are there any other countries in Latin or Central America which are either standing on the edge of the abyss, or have already fallen into the abyss when it comes to armed violence?

AM: The country that surprises me, which one would imagine is falling into the abyss of armed violence, is Haiti. It doesn’t seem to be falling into the abyss, which is a cause for optimism. I think Haiti, and I’ve been there 4 times since the earthquake, is expected to appear on the top 10 most violent countries in the world. Most people think Port-au-Prince is one of the most violent places on the earth, and in fact it’s not. It’s surprising that Haiti, with all its problems, does not seem to have such a problem with armed violence. I think that the explanation could be geographical, since Haiti is not yet on the drug trafficking route. However, that could always change. But I think that Haiti demonstrates that armed violence does not necessarily have to occur in an urban environment with so little rule of law and good governance.