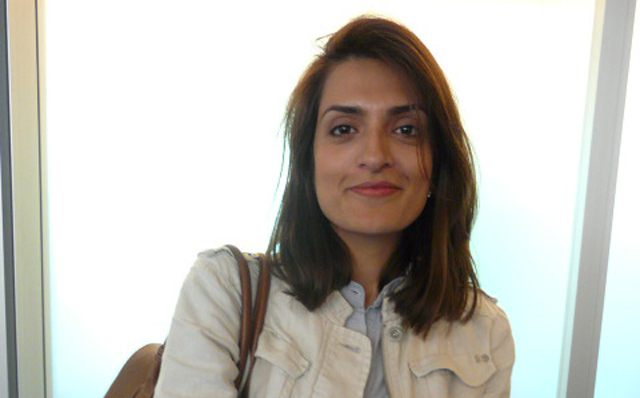 Sana Jaffrey is a violence monitoring expert working for the World Bank in Indonesia. She leads the National Violence Monitoring System, an innovative mechanism to track conflict and violence in several regions. AOAV met her in Geneva to discuss the benefits of using data to inform action on violence.

AOAV: What does the World Bank do to monitor violence in Indonesia?

As you know, piloting things is more expensive than running them. It requires you to find the experts, and to bring in global best practises. That’s what the Bank is good at doing, and that’s what we‘ve done in Indonesia.

In 2011, we had a request from the government to help them map the countries’ conflicts. We had already been working on a study that looked at sources of information on conflict and we’ve done a bit of piloting of a database.

AOAV: What kind of violence do you map?

So we collect these incidents and break them down into different categories. For these, we collect different types of indicators, such as death per incidents, injuries, sexual assaults, kidnappings, buildings damaged, location of the incident, interventions by security forces to stop violence from escalating, weapons used and affiliations by actors involved.

AOAV: What do you do with the data that is collected?

SJ: Once the data is collected, it gets thoroughly checked, and then it’s available on a website.  The government has released it publicly so anybody can access it.

One of the key objectives of the whole project is to provide information. Prior to the democratic transition in Indonesia, there was a tradition of asymmetric information between people and government. A key strategic objective is to make more and more information accessible to the public, so they know more, and can demand better solutions, and that they can monitor the quality of the effort that the government put into it.

There were some concerns about misuse of data.

We did a few things to hedge for this. No names, no geographic information systems, no blame variables. And then, during the public data release phase, a delay between the incident and the release of the information.

Apart from the data itself, the methodology of the data is now being leveraged  to assist in the development of similar systems across Southeast Asia. We are already supporting monitoring efforts in Thailand and the Philippines and  Myanmar is a possibility in the future.

AOAV: Can you give us a concrete example of how your data is used?

SJ: There is a very famous TV show in Indonesia and about a month ago, the Home Minister was invited and questioned about this data. He was asked to explain why there is so much election violence happening, whether he was aware of the numbers and what he planned to do about it.

Currently there is a government initiative going on, which aims to have elections trough local parliaments, rather than direct election of local executives. It’s a big thing in Indonesia. The Home Minister used the data to explain that part of the factor that contributes to election violence is electing the executive directly, so his ministry wants to change that.

Many civil society actors disagree with this approach. They are now using the same data to prove that electoral violence has nothing to do with direct election. You can argue both cases with the same data systems’ information.

I feel proud to have that conversation take place in the context of formatted information, rather than just opinions and views.

AOAV: Can you think of another case when government has acted upon insights from the data?

SJ: Yes, in October 2012, an unanticipated conflict erupted in the Lampung province in Indonesia. Usually there are some fault lines, and it is known to government that there are problematic cases where violence occurs again and again. This was not what happened here –this outbreak was not expected..

It was a high profile incident and about fourteen people were killed. There was a mass riot, houses were burnt, and an entire village was torn down. This incident gained national and international attention for the  government, and there was an immediate urge to demonstrate response.

So we got a request from our government counterparts’ office for data and information on background of conflict in the area since very little was known about it.

We then started analysing – we had data and the baseline since 2005 – and it turned out that this issue of vigilante violence was really wide spread. Not only in this district, but also in the other three surrounding districts.

It was a disaster waiting to happen. We then looked at the drivers of vigilante violence, and it turned out that theft was the trigger in some districts. For example, you come from your village to my village, you steal my neighbour’s goat, and the police do absolutely nothing about it. So, the neighbour goes to that village, and kills the thief. Then he goes back home, and the people from that other village come over, and try to kill you for revenge.

With all of this, the basic problem is that law enforcement is not managing petty crime. As a consequence, people are taking the law into their own hands. And that’s not just a problem in this one district, but it’s also in other districts.

The government’s response then included an effort to improve daily policing in those areas – not only the area where the incident happened, but also in others that had not exploded yet.

AOAV: What are the biggest challenges you are facing?

SJ: Logistical challenges – Indonesia has 230 million people, and 1700 islands. It’s a large thing to manage. We are monitoring about half the country now, and we are going national next year. We will have to put quite some work into this scale-up.

Another big challenge we will face very soon is when government starts to fully take over the system. There’s going to be a transfer of management, which will have to be managed.

There will also be concerns around possible censorship and maintenance of quality over time. The government will take over, and should take over, and wants to take over. But they also want to get civil society actors involved in a very creative way so that they can act as guarantors for the quality of the data. They would be involved in the data process in a very structured way, and be able to contest the data themselves.

This building of a constructive partnership between government and civil society is going to be a challenge.