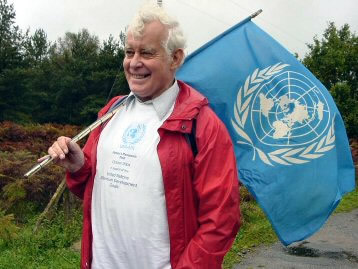 AOAV was deeply saddened to hear about the passing of human rights and peace campaigner Malcolm Harper, who served as a member of our board from 2000 to 2013.

His lifelong, unswerving devotion to “not just peace, but also human rights for all” will be greatly missed.

Mr Harper worked for Oxfam for 18 years, during which time he contributed to projects in East and West Africa and Cambodia.

All AOAV staff, as well as the current members of the board, would like to extend their sincerest condolences to Mr Harper’s family and friends.

Obituary in the Guardian

Obituary in the Times